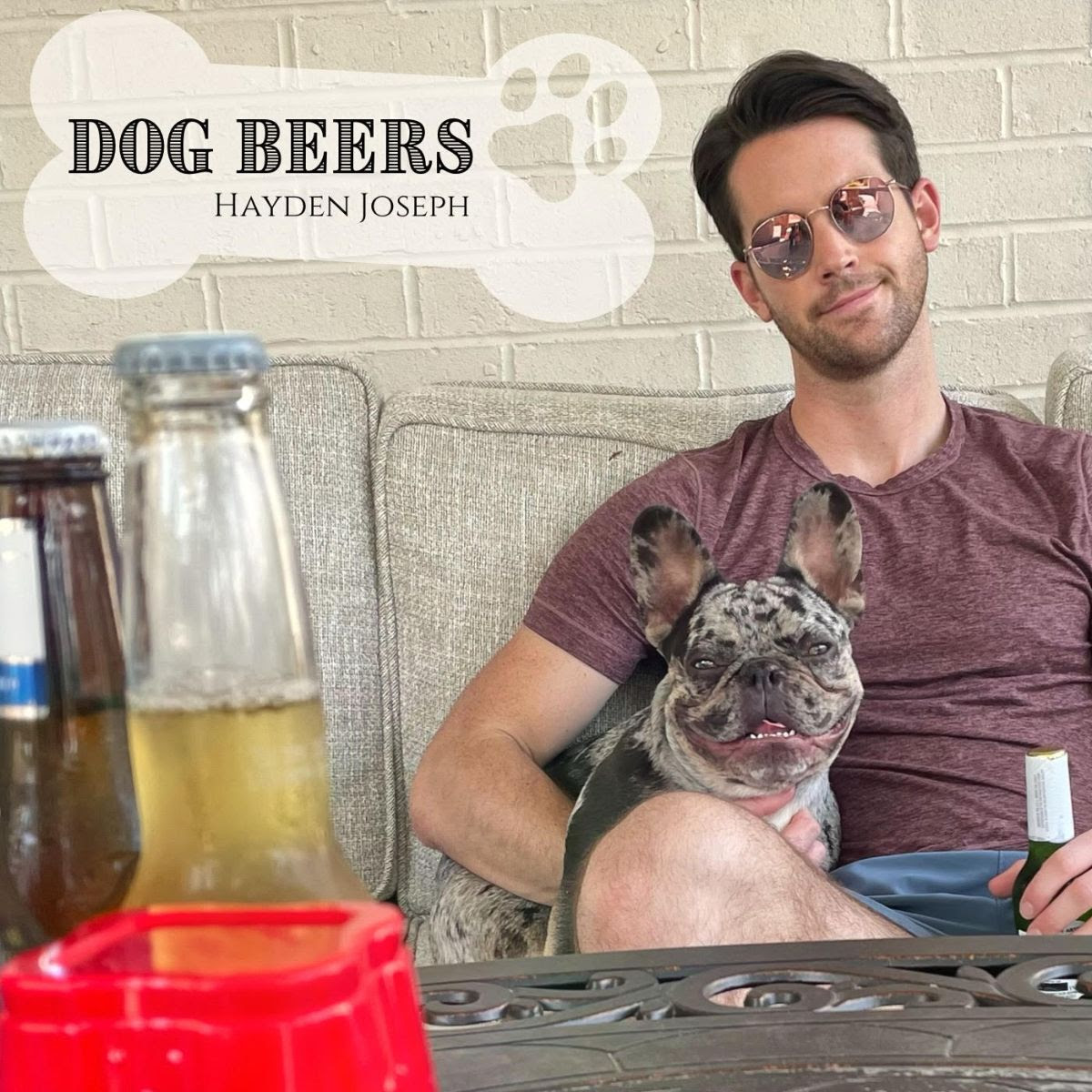 Country-pop sensation Hayden Joseph will have listeners up on their feet and dancing the weekend away with his latest single “Dog Beers.” A testament to both Joseph’s personality and songwriting prowess, the song details a rowdy night out, culminating with the singer shrugging off his pending hangover by expressing, “In ‘Dog Beers’ I’ve only had one.” It’s catchy, bright, and a perfect embodiment of that feeling of getting off work for a summer weekend – you’ll undoubtedly find yourself fighting the urge to sing along.

The song encapsulates classic country-genre stereotypes, as a rowdy drinking song, but plays heavily into the campiness and fun (especially with a second verse nod to everyone’s fave ’90s country diva: Shania Twain). It embraces country/pop/hip-hop influences, making the song feel both familiar, and completely original – showcasing why artists like Hayden are the future of country music. Lighthearted dog barks at the track’s end seem to say “What are you waiting for? Roll those sleeves up, get a few friends together, and toss some drinks back.”

When speaking about the single, Joseph stated, “Not every track needs to tug at the heart strings – some are just plain fun. Though the majority of my lyrics lean on the serious side, ‘Dog Beers’ is the silliest, highest energy song I have ever recorded. It stays true to the turn-of-phrase country songwriting and ’90s production elements my listeners are used to, but shows a carefree side they haven’t seen since last summer’s ‘Backwoods Bougie.’ I hope my fans have as much fun listening as I did writing it with my long-time collaborator, Bryan Ruby. Versatility is one of the most valuable things an artist/writer can showcase, and that is exactly what I hope to do with this song. It’s carefree, it’s clever, and it’s simply a blast to listen to. My co-writers/producers knocked this one out of the park, and my Frenchie, Vince, nailed his cameo.”

A South Carolina native, Hayden Joseph is no stranger to the country music scene, and it shows as he paves his own path in the genre – an inclusive one.

Hayden Joseph’s love for country music began as soon as he could talk and has continued to blossom throughout his adult life. Hayden blends the sounds of contemporary country and mainstream pop music, drawing inspiration from the genre-bending melodies of Taylor Swift, Garth Brooks, and Shania Twain. His unique sound, heartfelt lyrics, and southern charm have captivated audiences across the country, since releasing his first single in 2019.

With a desire to write “song for everyone,” he has stated, “I write stories rooted in personal experiences, but I challenge myself to write lyrics that are applicable to many walks of life – not just those country radio is currently appealing to.” Against the odds, he has independently built a community of nearly 250,000 followers on TikTok through a shared desire to expand country music’s look, sound, and subject matter.

His viral videos and consistent releases have landed him placements in People and Huffington Post, as well as a spotlight segment on Nashville News Channel 5. His debut album, “Different,” was released in Spring of 2021, logging nearly 1M streams across platforms to date. Its follow-up singles saw even more rapid trajectories, securing placements on several notable Spotify editorials, including “Out Now,” “New Music Nashville,” “Fresh Finds,” and “Country Christmas.” His latest EP, “I’m Not There Yet,” released on March 30th.