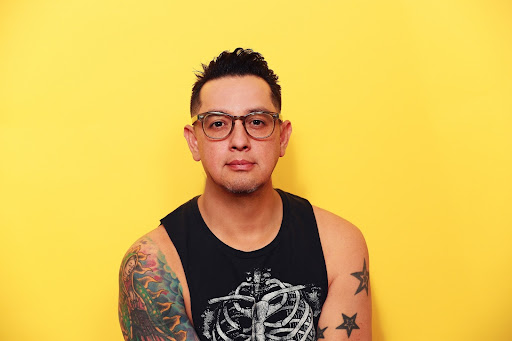 Following on from a wave of fresh and dynamic releases throughout the last few years, El Paso-based artist and producer Lālo Parade has now returned to his captivating ways as he delivers the warm and breezy new single ‘Fasho’.

Bringing back more of that smooth and heartfelt psych-pop direction he has cultivated for himself throughout previous releases, ‘Fasho’ makes for a wonderfully bright and joyous listen. Channelling the laid-back appeal of artists such as Tame Impala, Harry Styles, and Beck, his latest effort makes for the perfect accompaniment to these warming summer months.

Describing the new offering, he said, “The song is simply about falling in love with someone. You know, that kind of first few months of getting to know someone and feeling all sorts of emotions.”

Lālo Parade is a musician and producer with a deep product design background working for Warner Music Group (New York) as a Lead Product Designer. Having started playing music as a teenager, inspired by his brother’s love of classic rock, Lālo quickly evolved into a metalhead, playing countless backyard shows with metal, punk, and ska bands.

Many years later, he found his sound after opening for everyone from Bob Schneider to Anything Box by way of The Romantic and The Knack. The pandemic allowed him to percolate and evolve into the beast it is today. With influences ranging from Beastie Boys, Beck, and Fugazi, Lālo creates and produces thoughtful music that captures the imagination. Yet Lālo is more than a musician.