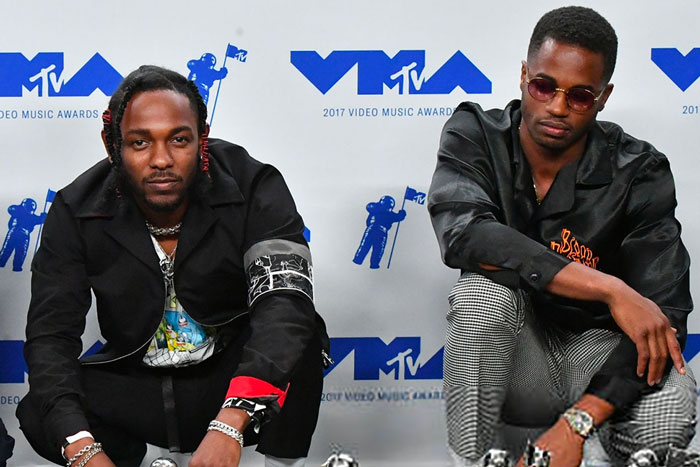 It’s been nearly one year since Kendrick Lamar launched pgLang.Since then, the “multilingual” collective has remained relatively quiet. But they appear to be ramping up for 2021, starting with a new collaboration with Calvin Klein. On Wednesday (Jan. 13), the designer announced their partnership called “pgLang for Calvin Klein.”

According to WWD, the collaboration will consist of eight short films, written and directed by pgLang co-founder and Kendrick’s manager Dave Free.

Calvin Klein shared a “set list” for the video series, which includes Baby Keem, Travis Bennett, Amber Wagner, Brent Faiyaz, and a collaboration between Ryan Destiny and Keith Powers. The last track is left blank, leading fans to speculate about a potential new song from Kendrick, who starred in Calvin Klein’s “In My Calvins” campaign in 2016.