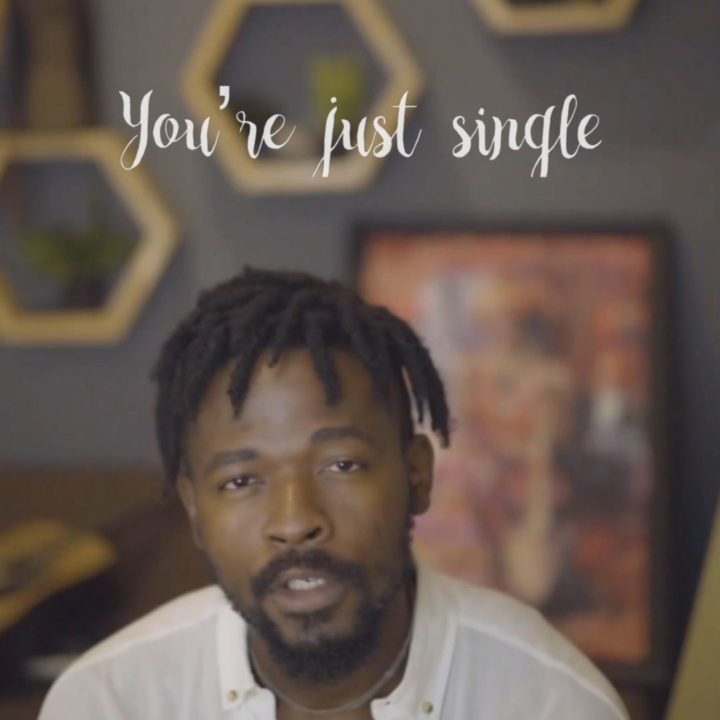 February has its ups and downs. While it can be a rollercoaster of romantic adventures for lovers, many others can not wait to get it over with. Currently, there might be no better ambassador of the later feeling than Johnny Drille’s viral ‘You’re Just Single’ song.

If by now you have not shared Johnny Drille’s ‘Valentine Song’, you were probably too busy receiving gifts on Valentine’s Day to notice. While the single contingent waited on February 13, resigned to the challenge of spending another Valentine’s day solo, an unlikely hero came in the form of Johnny Drille, to remind us all that being single is not a crime. On his Instagram, the Romeo and Juliet crooner shared a minute-long rendition that has proven to be this year’s biggest defense for those that are flying solo. With almost a million views on the post and even more shares across social platforms, it is sufficient to assume that we needed this song!

With smooth vocals laced on piano acoustics, Johnny Drille emphasizes the fact that being single is not equivalent to committing murder. He supports this by citing Jesus as an example. If the good Lord himself didn’t have a Valentine, who then are we mere mortals! He goes on by giving nuggets on how best to avoid the usual noise of couples loving up-top of the list is deleting Instagram.

For Johnny Drille, it’s ‘ no pressure’ in this season of the romantics. As the overarching theme of his campaign clearly states, Single Lives Matter too.

Johnny Drille - You Are Just Single