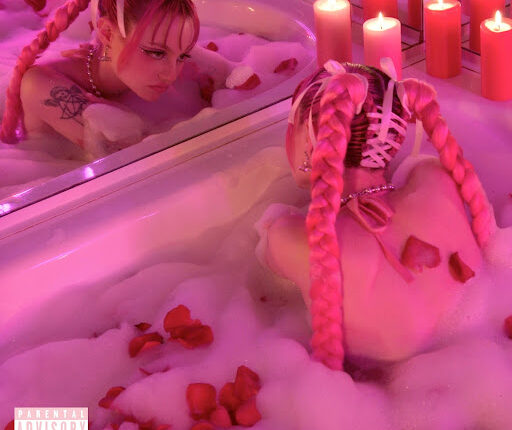 Emanuela is an artist and performer with a passion for appealing yet intelligently crafted music. She was passionate about music as a child and continued to follow her creative streak into her teenage years. At some point, she decided to study classical music and jazz, but eventually became interested in writing pop songs with an electronic flavor.

Her diverse background allows her to make music with a very distinctive sound, not only to write songs that are catchy, but also to come up with unique arrangement ideas that make her tracks stand out. This is definitely the case of a 2019 debut single, “Final Fantasy,” which served as an amazing introduction to her music.

She doubled up on the success with her follow-up EP, “PURE,” which was released in 2021. Today, she is ready to kick-start another chapter of her career with yet another outstanding release. Her brand new project, “Swallow Me,” is expected to drop soon, and it will come out with a matching music video.

One of the most distinctive traits of this release is certainly the energy and the drive that fuels the performance of the artist. The vocals feel very animated and spontaneous, an obvious sign that this performer is actually genuinely connecting with her lyrics in a much deeper way. This isn’t just a puppet singer popping out catchy hooks: there is a deeper concept behind the songwriting, which really adds weight to the mix.

The artist, who has been collaborating with her producer Alon Renser since 2018, knows exactly what she wants to convey with her music, and the two are able to come up with some unique ideas and skillful structures that are maximizing the emotional potential of their releases. The music video was directed by Noam Vardi, who helped Emanuela capture the mood of this single release to absolute perfection with its mesmerizing pink shades.

Emanuela and Alon are not only trying to “fill in the empty spaces” but rather use sounds and different tonal qualities to create a more enticing texture for the vocals to unfold. The singing does indeed work really well within the context of it all, not only creating some highly memorable hooks, but also fitting the emotion and intention of the lyrics to perfection.

The artist’s vocal performance falls somewhere in between the grit you might associate with some of the best contemporary electropop. The single happens to be Emanuela’s third from the soon-to-be-released album, which is also produced by Alon.

This song could be described as a perfect example of contemporary hyper-pop, which feels emotional, but also incredibly energetic and unapologetic – not only in terms of musical execution but also when it comes to the lyrics that fuel the song.

This release comes highly recommended to fans of artists such as Charli XCX, FKA Twigs, and Ashnikko, among others.