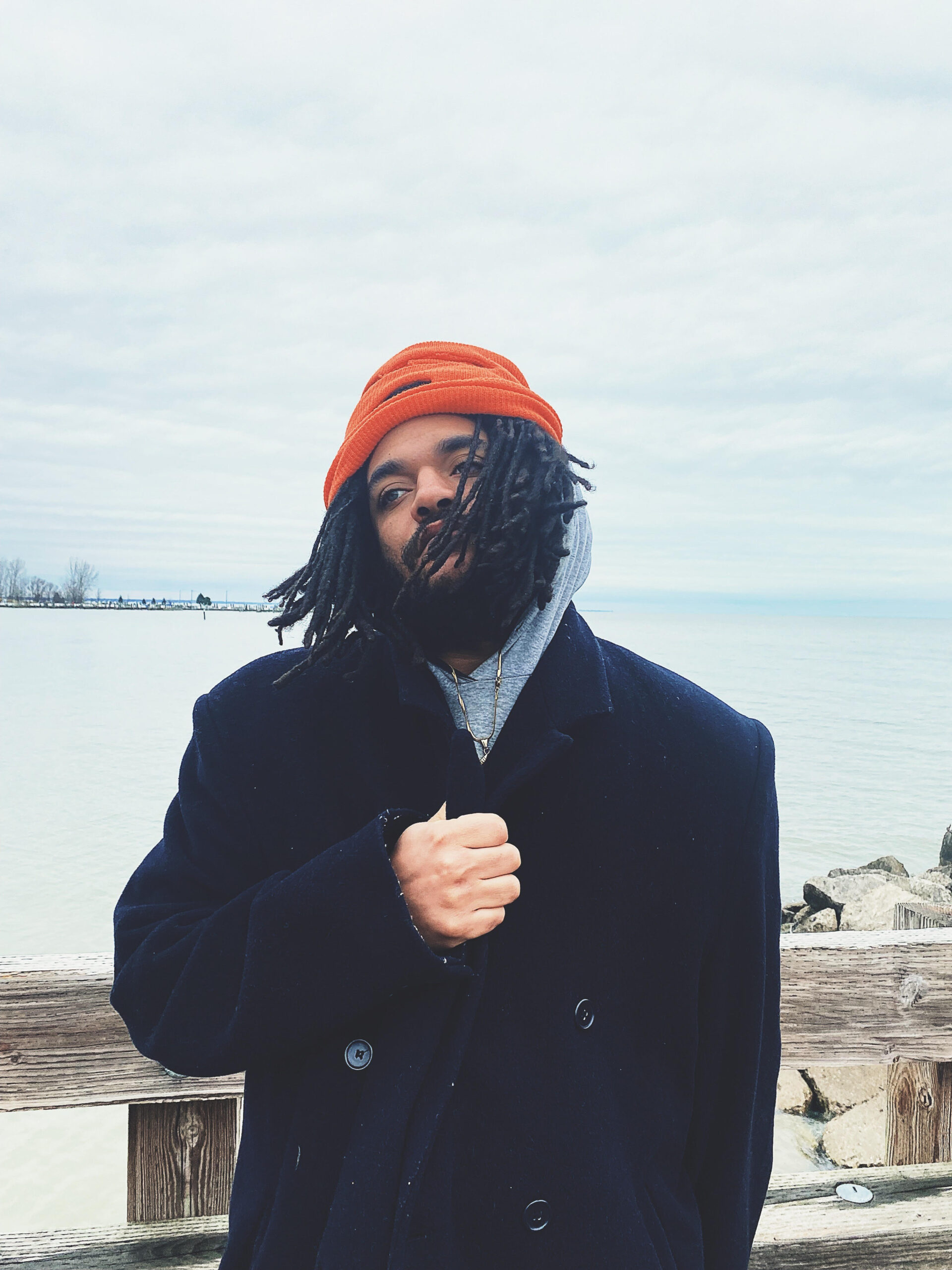 Fast rising American artist Brian H Newman popularly known as Lokye, is gradually building a household name for himself through his music. A musical artist per excellence, on his speedy rise to greatness has returned with an impressive and colorful virtual for his Dusty Fingerz, produced single “Crime Pays” a single off his recent music project Color Coated 3.“Crime Pays” was written and recorded at Phantasm VTS studios in Hawaii. Mixed and mastered by Lokye’s frequent collaborator The Super Robot King.

Loky have had an amazing and productive year with lots of music projects released to his credit. Prior to now, Lokye released Color Coated 2, WEIRD KID, Drill To The Heavens Ep, and his latest 4th Quarter release Color Coated 3.On Color Coated 3, multi-talented Lokye teamed up with some amazing talents like: Artist Boldy James, Wuzee, Valid, Dj Prince, Benny Troung, Cakk etc.

Lokye delivered consequential thoughts through appealing music ideas on ‘Color Coated 3′.  Interestingly, from the  Color Coated 3  Album, the track “ “Crime Pays”, has a terrific accompanying YouTube video with engaging visuals which will be live today on YouTube and other platforms. The imaginative difference Lokye, provides is easily heard and seen in the presentation of the artist’s songs and music videos.

Spinexmusic.com welcomed the opportunity for an interview with Lokye. Check out the interview below and be sure to stream “crime pays” beneath.

STREAM “COLOR COATED 3 ” BY LOKYE BELOW

Congratulations on your new visual “Crime Pays”. What’s the eventual inspiration behind this single?

Crime pays was recorded with TSRK out in Hawaii. Right before I got on the plane from LA. Dusty Fingerz had sent a 35 track beat pack.  Naturally, during the duration of the flight I let the ideas float around in my head.

I was with my girl LuLu, staying at my cousin’s crib working at his VTS Studios.  I came up with the hook before I punched in the verses. The grimy old school boom bap New York instrumental gave me a 50 cent vibe.  So I adding my lil spin on it. It’s all about the Drugs and Butter baby.   Crime Pays until it doesn’t anymore.

You collaborated with Dusty Fingerz and DjKage in the production and shooting of “Crime Pays”. How would you describe the working experience you had with them on this project?

I frequently collaborate with both Kage and Dusty, I love it every time.   When Dusty and I work some times we are in a room together getting fucked up listing to old beats or digging through samples playing Nintendo 64 smoking, watching moon landing conspiracy videos.   Really he loves making beats, and I love creating these back block Dark-side of the moon art raps.

DjKage is a black magic monster. I bring him very loose ideas and locations. He brings it all togther transforming it into a polished gem.   Much love two both of the gods.

Growing up as a child in USA how did your environment help in influencing your decision of becoming a music artiste today?

I grew up in Mahatten on the upper Eastside. I grew up going to museums regularly. Singing freedom songs at MLK practicing elementary school. My mom is a music and movement teacher for the lil ones. My sister was, still is into dance and musical theater so the apple didn’t fall far from the tree.

You had a whole of talents on your recent music project ‘Color coated 3’.How was the making process of this album like?

Color coated is about artists having fun and showing off what we can do. Collaborating with new faces and creating something special exclusive and organic. Making CC3 was a lot of fun. From starting CC3 with Crime Pays to adding detailed decisions such as adding a small bit of autotune to green tea or the vocoder outro of Starboy Micky-Lavender.

I believe the final month before the deadline in August I was still kinda reserving  ft. from homies.   I knew I wanted up and coming big name on it. I was hitting up some of my bigger artist friends and Boldy hit me back and pulled up to the gallery. I opened for him in 2012 and for a moment we played the same circuit. It was awsome to get him on a track and the one he picked to hop on made it even more special. People  around the world should expect a short film to be coming soon for Lil Gunns in Hawaii.  😉

2021 has been a very productive year for you with lots of music projects like Color Coated 2, WEIRD KID, Drill to the Heavens Ep and Color Coated 3 all released to your credit. How do you feel about all these achievements?

I feel like I’ve had an intense and very busy year, throughout the time of making a lot of that music my fiancé was pregnant with our baby boy. We actually not only recorded a lot of this music in Hawaii we also  found out that she was pregnant, automatically applied pressure.

Also have been feeling an intense drive to stamp my name on the underground and put Hamtramck on the map. The time feels right. After having a solo Exhibition and being a resident artist at Public Pool, the featured the show in the paper. Telling me the buzz was starting. We are starting to build a developing, a winning culture in this losing system. Now, being comfortable stepping in the underground, I’m going to say time to drill to the heavens. Bust this flood gate right open. Rap game Picasso art games Nas.

You studied Art in school and ended up opening your own Art Gallery in Hamtramck M.I. What’s the inspiration behind your decision of studying art in school and becoming an artist today?

Growing up in NYC smoking blunts sipping 40’s on stoops. Trapping on the back-blocks. Really I kept getting arrested and had a few art scholarships. So I took one. Visited Detroit in Feb 2009 and met Sheefy Mcfly. He put me on mad game I didn’t no shit about the city and in 2009 shit was fucking dangerous.   Fast forward I graduate from CCS 2013 travel the word touring Exhibition djing rapping painting.

Finding myself figuring out what the proper plan was going to be to maximize my money and growth artistically feeling a bit lost living in Hamtramck getting out of a fucked up relationship. I decided to go to L.A for some time. There I was pleased to be in the company of Jordan V Roberts, Directer of Kong Skull Island, learning plenty from him.

Long conversations and exposure to the L.A lavish life parties in Hills and Malibu inspired me to think back to my apt in Hamtramck. LA NYC and Paris already hold a valued spot in art. Hamtramck does not get much credit. There is no light on the dark-side of the Moon. Unless some one shines one. Ever since I remember had the idea to own a gallery and be my own boss. Here I am trying it out and learning everyday. Go follow Granny’s Chandelier.

Who are some of the artistes that you intend collaborating with if given the opportunity?

How would you describe the effect of covid-19 in your life and career in general? Would you say that it was detrimental or helpful to you?

Covid has been a wild ass ride. Off rip I thought it was the end of the world as we know it. World war 3 robot apocalypse movie shit.  Anyway I had to close the gallery for awhile that kinda sucked. Musically it’s been great. Sit inside a room and punch in art raps and sing melodies till you stumble on the perfect one. Tapping in with TSRK on the FaceTime mixing the vocals.  Digging for samples. We’ve been exclusive the whole time. With covid it’s been time to push the agenda.   Hoan in on the creative and flood the streets with something a lil different.

What is musically next for Lokye?

I have 3 projects planed. One is called Art BOOKS primarily produced by TSRK. This tape will be packaged with an original art book showcasing some of the works I have done of over the past 10 years.   New merch drops every month shirts, hats, hoodies, scarfs, zines, books, CDs, cassettes, prints posters, and original paintings, all that good stuff.

Second tape planned on dropping over the summer will be called Pomegranate King. Currently the process of working on it with the yung god from Japan re os – Reo Mosomoto. Who knows what else will be in the works by then.