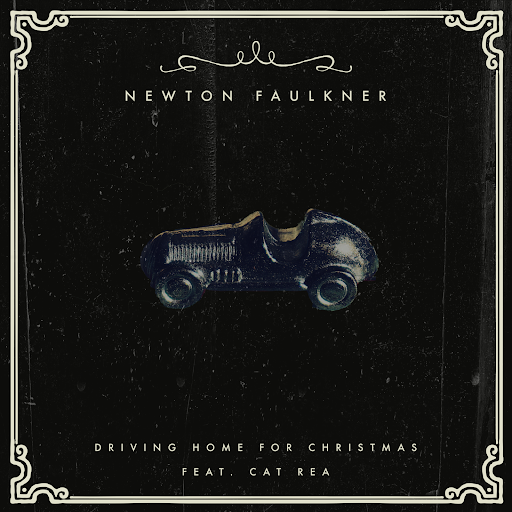 Newton Faulkner will be a name that rings true to almost any music lover across the UK and beyond. The acoustic folk-rock troubadour has enjoyed a multitude of successes through his experimental, innovative and percussive style, with an illustrious and eccentric career so far to say the least. Always possessing an incessant want and desire to explore and change with each album he releases, Faulkner has transformed his sound and isn’t afraid to push the boundaries, all whilst keeping himself grounded to the cause of creating music that his fans worldwide will invest in.

From the phenomenal success of his debut album ‘Hand Built By Robots’ featuring the song that flew above and beyond in ‘Dream Catch Me’, this encapsulated his new found sound and since that point onwards, has continued to innovate. ‘Write It On Your Skin’, ‘Human Love’ and ‘Hit the Ground Running’ have all been triumphs in their own right, and have all been different bodies of work that Faulkner has created from scratch, and has has kept a real DIY craft to his production and recordings, with ‘Studio Zoo’ being written, recorded and released within five weeks.

This typifies his approach to songwriting and making music as a whole, and this year’s album ‘Interference (Of Light)’ further showcases his undeniable ability to go between the genres of folk, pop and rock and everything in between.

Now, he returns with a notion to take on the new challenge of a Christmas song, with a fresh and contemporary approach to one we all know and love, in ‘Driving Home For Christmas’ featuring Chris Rea’s Niece, Cat Rea. Bringing this song to the forefront of the modern world, Faulkner and Cat wanted to create a version that would honour the original, but come out of it knowing that there has been a welcome slice of crisp production that makes it it’s own.

Newton and Cat’s voices work in harmony throughout the track, with a more up tempo beat and a dreamy use of guitar lines and hooks from the off. There’s a lovely, melancholic break towards the end of the song in what is the instrumental part, and there is a real moment of magic of chord sequences, highlighting the slight structural changes that have made a massive difference to the overall offering. The pair have effortlessly created the aura and feel of a Christmas song, with the positivity and happiness beaming through in this reconditioned classic.

Speaking behind the creation of ‘Driving Home For Christmas’, Newton explained:

“I got together with Cat, Niece of Chris Rea to make a new version of ‘Driving Home For Christmas’ that is true to the song but also brings it up to update production-wise. One of the biggest challenges was the, often cut, instrumental section which turned out to be my favourite bit in the end. The finished thing is exactly what I wanted it to be, a Christmas song that I have always loved with a tonne of fresh, modern production twists and stunning vocals from Cat Rea.”

Cat Rea says; “When I was approached by Newton to record a new version of Driving Home For Christmas, I was really excited to see how it could be different because I have heard it covered so many times and none of the versions have nailed the middle part of the song. After arranging the song I am so happy with what we produced.

Listn To Driving Home For Christmas By Newton Faulkner Below