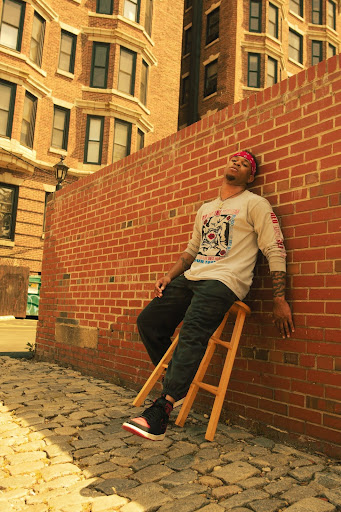 R&B artist Del Ro’Yale prepares to release new single ‘Ghost’ this February, ahead of his debut album ‘Risking It All: Wavs’ forthcoming later this year.

Del Ro’Yale hails from North Carolina, is Virginia based and has risen through the ranks with a well crafted R&B sound since releasing his first single ‘You Got Me’ in 2018. Now returning in 2022 to lead up his second project ‘Risking It All : The Prelude’ which peaked to #12 on iTunes, Del returns in February with nostalgic R&B offering ‘Ghost’.

‘Ghost’ is a remarkable ode to 90s R&B with Del’s soulful vocals alongside Briana Maia as the Co-Writer handily holding its own among syncopated snares, toughened bass and luscious melodies. His voice is appealingly flawless, commanding and mediated through the language of being ghosted.

“Ghost is demonstrating the act of ghosting. Some people believe in reciprocating energy. The line ‘What would you do if I move like you do’ – sums up the whole song. I felt being petty mirroring somebody’s actions will show them how you feel, if they aren’t listening to your concerns because people don’t like it when you’re giving them the same petty energy they are showing you.” – Del Ro’Yale

Deltan Walston has been a long-standing player in the production scene for more than a decade, as well as as a musician and songwriter. He began performing at open mics and various live gigs before creating his Del Ro’Yale alias – motivating him to create his debut EP alongside artist Aaron Thomas. With strong influences from R&B and soul icons such as Usher, Brandy, John Legend, H.E.R and Frank Ocean, he released a video for his single ‘Risking It All’ last year. This marked a huge milestone in his career with the music video tapping into a more personal side of the artist’s life with a vision to be candid and relatable to all demographics and not just for same-sex couples. He is a force to be reckoned with and an artist to watch throughout 2022.