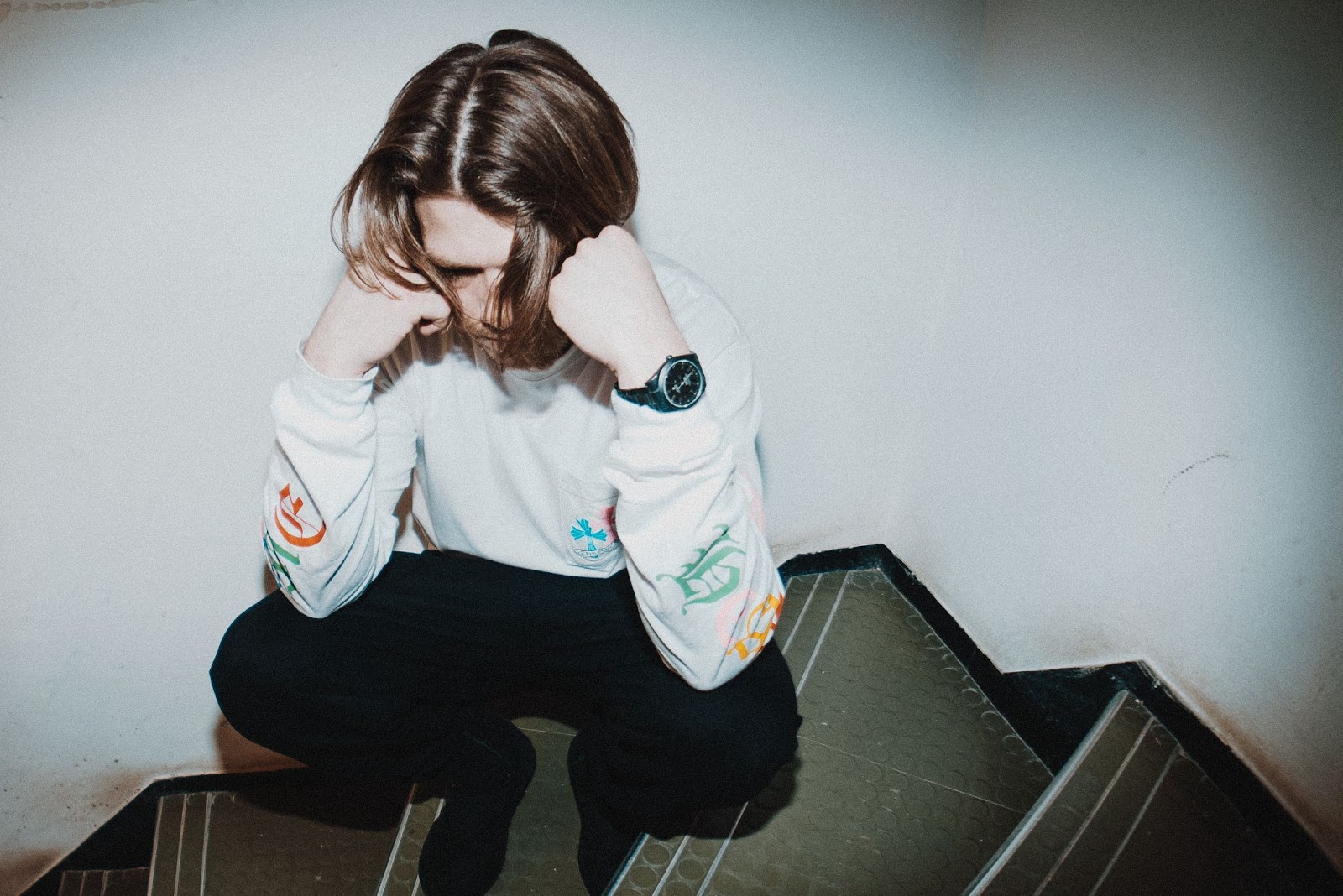 A restless kid from the streets of East London, Damn Drewreleased his brand new Pop-Punk single ‘Never Sober’ on Friday 17th of June 2022, backed with an effective music video in which he worked with videographer Caroline Hajny (Little Mix). His previous track ‘Rage’ was just an introduction of what is to come, teasing his captivating mix of catchy melodies, cutthroat lyrics and raw energy, reaching over 70k streams on Spotify and gaining the support of Wonderland Magazine. ‘Never Sober’ follows suit in blending Damn Drew’s modern Pop-infused hooks and melodic vocals, infectious Rap beats and flow, and a true Punk DIY approach to songwriting and video production, translating his life into music.

Damn Drew does not write music just for his own expression, but for all people who have gone through difficult situations and toxic relationships, only to emerge stronger on the other side.  In his own words, ‘Never Sober’ is primarily  about a relationship that ended with his ex-girlfriend cheating on him, and he dealt with this by spinning out of control, feeling there is no way out and hopelessly surrendering: “The lyric goes ‘Wake me up when it’s over’ which literally means what it says. You feel like you can’t go through it anymore, but at the same time you can’t get away from it, breaking up was the hardest thing to do and for a long time I couldn’t do it, so I wrote a song and that empowered me to get out”.

Self-described as a real East End boy who grew up writing lyrics from a very young age,  Damn Drew says that music had saved him more than once using it as his own therapy: “I’m young, but I have already lived a lot of lives and music is my only real chance to make it out.” Leaving nightmares and frustrations behind, Damn Drew escapes the negatives in music, pouring his soul and mind into powerful songs that bring people together with dark lyrics, catchy melodies and unmatched live performance energy.

Determined to ride the wave of recent Pop-Punk revival, Damn Drew finds inspiration in a wide array of artists and styles, seamlessly bridging alternative rock, punk, hip-hop and pop. Greatly influenced by the likes of Juice WRLD, Turnstile, Bring Me The Horizon and Linkin Park, he is set to keep producing modern energetic music that transcends established boundaries and connects people worldwide. With exciting prospects on the horizon, be sure to follow his socials for more music and future updates.