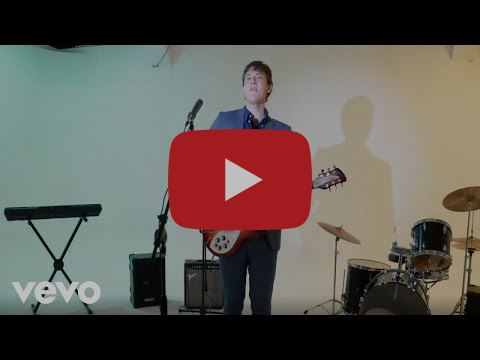 “After making a video for one of the other songs on the album, Best of Two Worlds, my friend Alex and I wanted to do something different that incorporated a more professional yet equally casual and intriguing vibe. The idea was basically to capture me playing the song in a performance-like setting, and since I play all of the instruments on the song (aside from drums) I thought it would be cool to clone me and portray me as sort of a one person band.” – Carter Brady

“Starlight” is an upbeat anthem about the longing to feel the “starlight” of fame. With all the hard work and commitment it takes, all performers yearn for the validation of stardom, and Brady channels that craving into his lyrics. The song opens with a groovy bass and drum line, setting the instrumentals foundation.

The song continues to build as if the urge to “see the starlight shining through” gets more intense. The climax of the song presents a funky guitar riff that fades out with repeated exclamations about wanting to see the “starlight”. The video presents Brady in many alter egos simultaneously playing all the instruments within the band, with slightly different outfits and shades.

At the end of the video, these duplicates all disappear, and we are left with Brady and his guitar center stage. This clever staging not only shows his diverse musical ability, but reminds us that at the end of the day as a solo musician, it is up to you to create your path to get into that starlight.

This funky upbeat anthem makes it impossible not to dance, and overall is an important message within Brady’s newest album “Blue Reverb”.