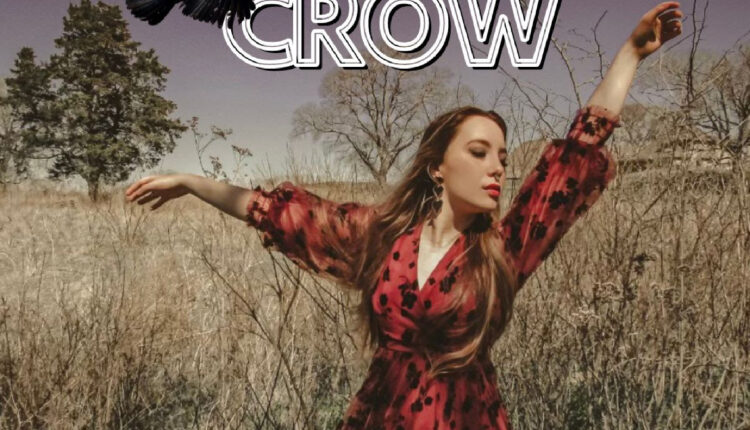 Bailey James Pays Tribute To Her Late Brother In Her  New Single “The Crow”.Rising star Bailey James puts her vocal, lyrical, and instrumental prowess on full display with her latest single “The Crow.” She breathes a new and unique sound in all of her music, but this track especially displays her ability to create a mood with sound. “The Crow” is now available on all digital streaming platforms.

“My brother had an affinity for crows. My dad now has a tattoo of a crow that my brother had intended to get. Now when I see a crow, I know he is with me as they come when I need help or focus.”– Bailey James

This haunting track opens quietly, with a few synth chords that build to the track’s drum and guitar backbone. James’ vocals pitch and keen in a way that envelopes the track in its own chilling ambiance, never feeling too excessive. It’s spectacular how James’ voice is able to meld seamlessly with rock-inspired riffs. Each verse builds to a high-drive chorus, the final one ending on a short but captivating stint that’s just guitar.

The most thought-provoking lyrics in this song, full of solid ones, are the final two: “I had a dream I was woken up from a nightmare/and never fell back asleep so maybe I’m right there.” This dream-within-a-dream wordsmithing has the listener guessing if this whole song is a depiction of a dreamscape of the aftermath of a nightmare James was privy to, but the true meaning is to honor her brother. It’s a clever, thought-provoking, and nostalgic note to end this evocative song.

Bailey James is an up-and-coming rock n’ roll superstar in the making. She has a wide variety of musical influences from classic country artists like Patsy Cline and Johnny Cash to R&B/soul artists like Amy Winehouse and Etta James.

Bailey has a resume like no other for at such a young age. She has garnered over 250,000 fans across her social media platforms. She has traveled across the US on a radio tour and has had the honor to perform at the world-famous Bluebird Cafe. Bailey has also participated in CMA Fest in Nashville, TN.

In addition, Bailey was appointed as the first National Youth Advocate for The Jason Foundation. She is dedicated to raising awareness for suicide prevention through education and empowerment on behalf of this important non-profit organization both in her live shows and across her social media.