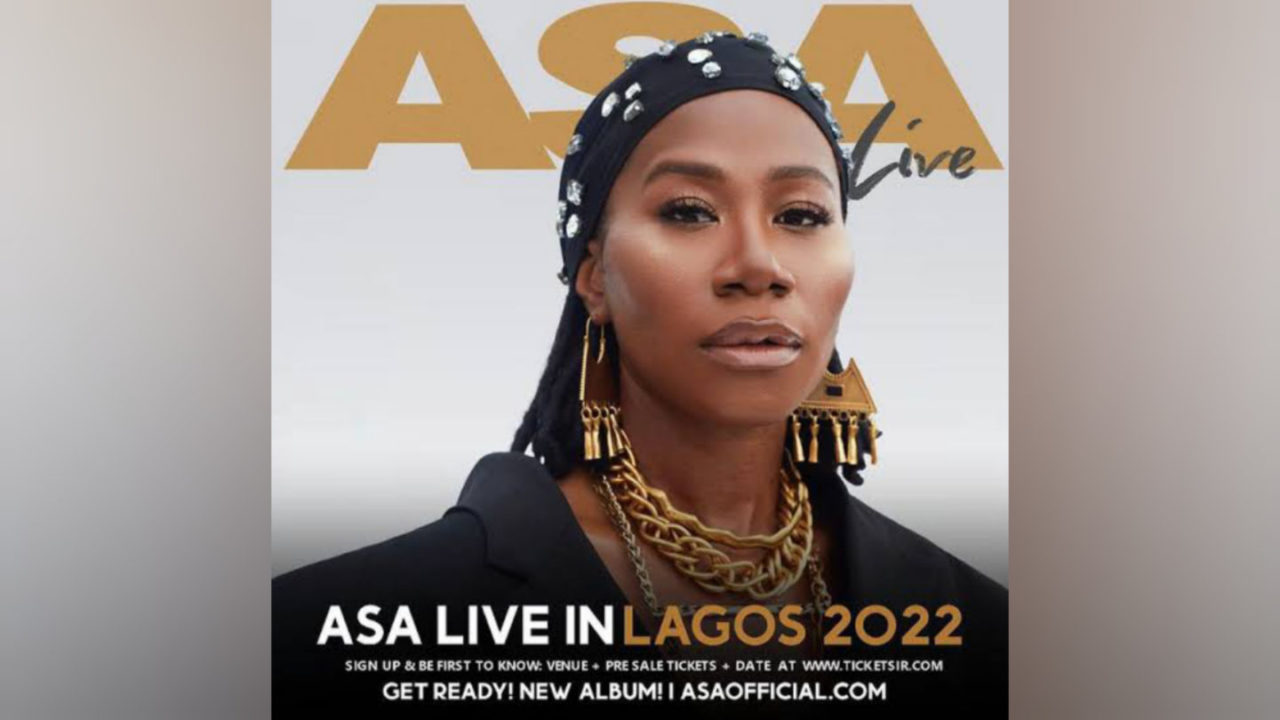 Asa is set to perform live in concert in Lagos on Sunday, May 8, 2022. The songstress, who is known worldwide, mainly in France, had earlier announced that she would be performing at the iconic Royal Albert Hall on May 3, 2022; from all indications, she would also be on the flight down to Lagos, Nigeria as well, to perform.

Asa took to her Instagram platform on Saturday, February 5, 2022, to officially announce the concert. Although the venue has not been confirmed yet, fans and celebrities can’t hide their excitement about the news.