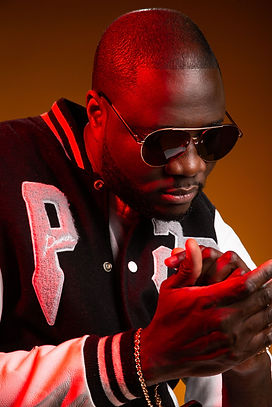 Akin Busari Returns With Heartfelt Summer Anthem – Number One: Originality is at the forefront of everything for Nigeria’s own Akin Busari, who over the course of his 16 year career has constantly pushed the musical envelope. He mixes genres and styles to concoct a unique blend of Afrobeats, Hip Hop, R&B and reggae. On top of this, Busari’s diverse background has also helped in shaping his own distinctive style, setting him apart from his counterparts.

Busari isn’t afraid to be honest and open in his lyrical content and his latest offering isn’t any different. ‘Number One’, made with close friend and super producer DJ Coublon, was inspired by the melodies Busari would sing to his lady while on a trip to Lagos.

The song is an ode to the love that is present in his current relationship and is a true reflection of his skill as a songwriter. This beautiful sentiment is accompanied by a steady afrobeats rhythm provided by Coublon and gorgeous melodic riffing from Busari himself. ‘Number One’ is a sweet summer anthem that will be in heavy rotation.

Akin Busari fell in love with the art of performance and songwriting at the tender age of 7. He boasts an impressive 16 year career which has seen him rack up a host of accolades along the way. Many of his achievements came in the Canadian music scene after traveling there in 2003 on a computer scholarship with the Canadian Business College.

2009 saw Busari pick up Best Toronto R&B/Soul Song and Best Toronto Hip Hop Song at the Toronto Exclusive Awards, he would follow this up a year later with Best Toronto R&B Soul Song in 2010. Later on in 2012 he won best Artist at the African Entertainment Awards in Canada and in 2015 was nominated for the Black Canadian Awards. An illustrious career that reflects his true passion for perfecting his craft. Busari aspires to uplift and be a source of positivity in a world full of madness, his latest offering reflects this sentiment exactly and is set to release July 7th.