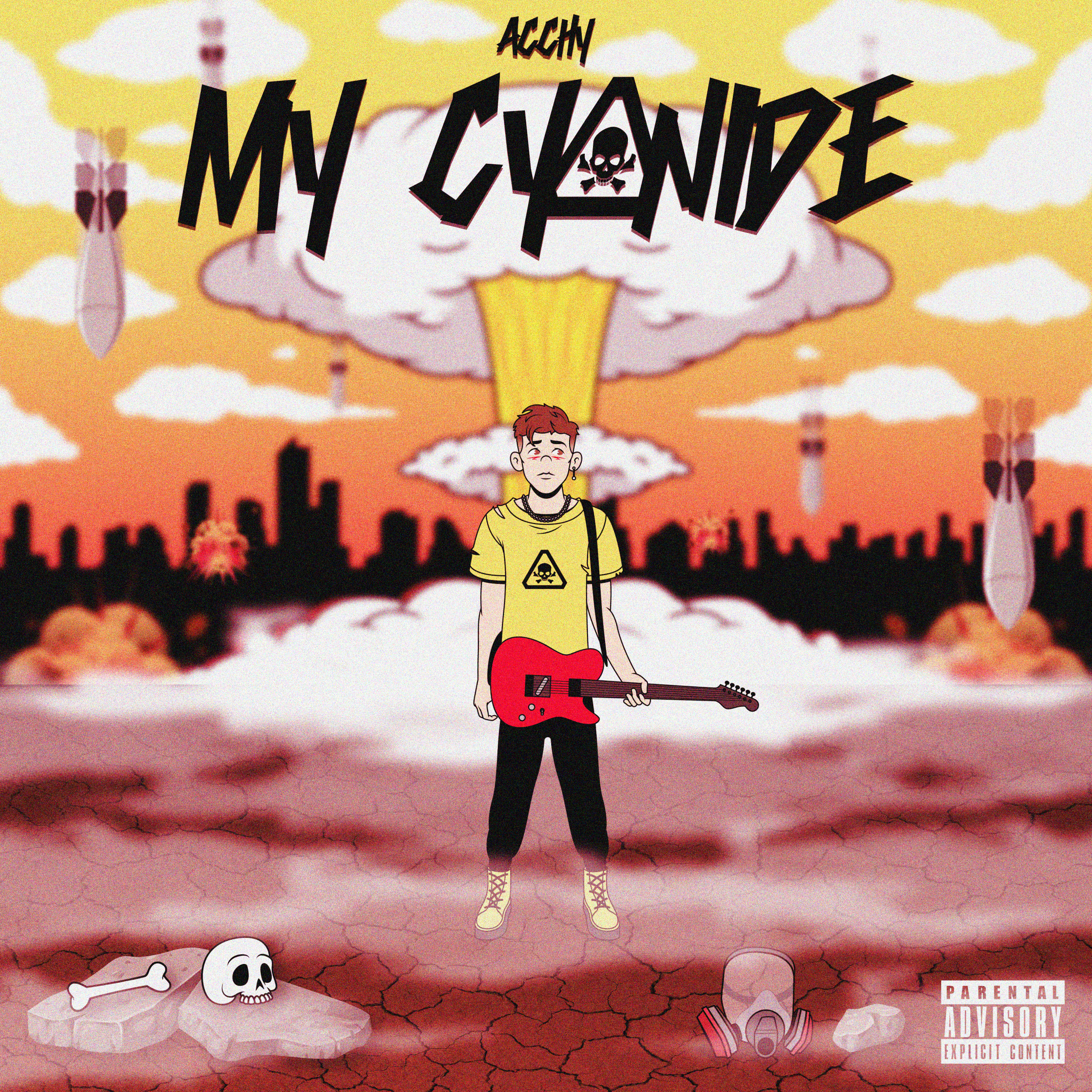 Melbourne-based artist Acchy (Lachlan Sallabank) has spent the past couple of years releasing punchy singles in an instantly identifiable sound. The string of releases over this past year proves the undeniable fountain of creativity, dedication and hard work that is this fledgling alternative artist. Now Acchy is ready to unleash his new larger-than-life track ‘My Cyanide’.

The pop-punk informed track is bursting with an anthemic and head-banging quality, making it clear this is a track that demands to be played at full-volume. The emotional angst behind the track is expressed as the energy builds and Acchy’s vocal line becomes more intense, reflecting the realisation of how destructive this pursuit of love is.

Acchy on the story behind the track:

“My Cyanide is a story of a teen who feels so strongly for a girl that he would do anything just to make it work. However, he admits this isn’t healthy for him with the title ‘My Cyanide’ being an analogy for the girl. I found inspiration from my own similar experiences in love.”

Channeling his frustrations into powerful and energetic releases, Acchy is quickly establishing himself as a supreme storyteller. He champions his relatability by exploring and navigating complex and relatable issues such as mental health, addiction and trauma. By creating a platform centred around honesty, authenticity and vulnerability, Acchy has made a name for himself as someone who isn’t daunted by the stigmas and difficulties of unpacking complex issues.

Listen To My Cyanide Below

Phillip Michael Parsons – “Did It Work For You”

How Music Producer J.Manifest Made Name For Himself