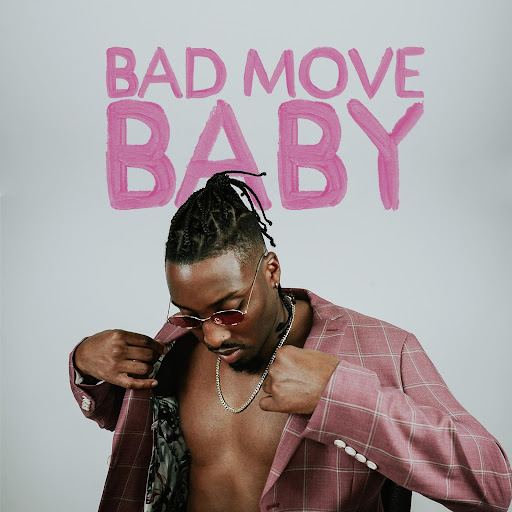 VVEST (pronounced ‘west’ like the direction) is an artist, producer, songwriter and label owner based in West Lawn, Pennsylvania. He’s produced tracks for many greats including iconic singer-songwriter Prince – who deemed him as ‘very talented’ after working alongside multi-faceted artist Danileigh. This February now welcomes the arrival of his captivating new release ‘Bad Move Baby’ to lead up his ‘Player’ single.

‘Bad Move Baby’ opens with the stylish vocals of VVEST as we see engaging rhythmic patterns and rapid-fire rapping combine with expressive horn lines on this blissful and standout performance. VVEST reveals a magnum opus party tune with hints of exploration through bold basslines, sharp beats and bright lines to have listeners replaying every time.

“Bad Move Baby” is about a “situationship” between two people that were meant to be kept a secret. Homegirl caught feelings and got too excited. Now she’s running about sharing our business (in hopes that it makes us seem like we’re together officially to other people). To me personally, this song means a lot. When producing it, I wanted to get away from all the trap drums and sounds I usually use and use live instruments. Also, a big thing for me, when writing the song, I wanted to avoid using cuss words for many reasons. Most of the biggest hits in the world don’t have cuss words. And being that I just had a kid, I want kids to listen and enjoy the song.” – VVEST

VVEST became fascinated with production in his teenage years, during chorus class he had a particular interest in keyboard synthesizers before purchasing his own and starting to compile his tracks. His passion and drive as an independent artist stems from the competitive nature of the industry and a deep-rooted passion for being authentic as an artist, having founded his record label, publishing company and writing and producing material.