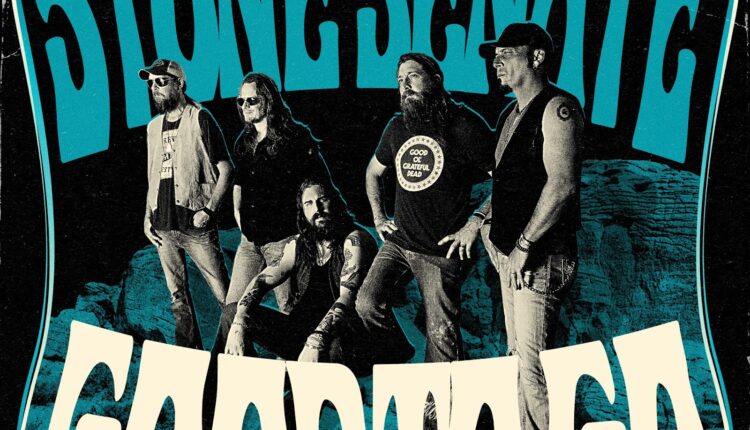 Stone Senate releases their single, “Good to Go”, from their two-EP release. An easy-listening anthem of unapologetic freedom captures this song perfectly. The band’s usual 80’s modern rock vibe gets perfectly caught up this time in a 70’s like version of Lynyrd Skynyrd, crossed with The Allman Brothers. This is the band’s first single off their second EP, titled Dawn, which showcases their deeply reflective approach to the dark and light.

The first EP series, called “Dusk,” was released in October of 2021 and is part of a greater vision as Stone Senate will be releasing the second EP, “Dawn,” with five more tracks. The two will form a collaborative listening experience titled “Between the Dark and the Light” later this year.

Crafting a collection of songs, the single “Good to Go” expresses the readiness to take a ride in life with nothing left to hide. Revealing themselves through their lyrics and unmatched vocals, there’s something about the groove of Southern Rock that makes you feel optimistic.

“‘Good to Go,’ for me as a songwriter, is about being willing to roll the dice. Putting yourself out there and giving your all to the journey you are on. Whether it is a relationship, or what have you, it’s knowing that the time has come for a leap of faith, flaws and all, toward something deeper and better,” says James Edwards.

Continuing to climb the charts and make waves through a number of rock playlists, Stone Senate continues to keep southern rock alive by including different flavors from other genres of music to keep their craft evolving.

As a prolific Southern Rock band in Nashville, Clint utilizes his dynamic vocal range to wow the audience’s emotions. “The album ‘Between the Dark and the Light’ covers the entire spectrum of music, from the highest of highs to the lowest of lows. This feels like the best album we (Stone Senate) have done, and was written by all 5 band members (James Edwards, Paul Zettler, David Zettler, Ted Hennington, and Clinton Woolsey ), as well as our buddy and producer, Toby Wright.

“The song immediately is just a feel-good song. It’s a ‘roll the windows down and turn it up on a back road’ kind of feeling. Like the stuff we grew up on,” says lead singer Clint Woolsey . Stone Senate is sure to have you rockin’ with Clint’s vocals and the classic rock guitar riffs of the five-piece band. They continue to take listeners on a musical journey with their latest single, “Good to Go,” by giving themselves to something with no expectation.

Since 2012, Stone Senate has been steadily growing their fan base through relentless year-round touring. With their soulful vocals and unmistakable stage presence, the band has played over 500 shows throughout the US in the last few years. Stone Senate is steadily adding more and more dates, and they are looking forward to releasing new music in 2022!

Stone Senate has been called “a heavier version of Lynyrd Skynyrd, crossed with The Allman Brothers Band”. While being mentioned in such a heady company is flattering, one thing Stone Senate is most definitely not, is a retro act. They are taking what came naturally from their collective influences a step further.

Fronted by lead vocalist/guitarist Clint Woolsey’s smoldering, soulful vocals and unmistakable stage presence, stage left and stage right are burning with dual lead guitars of James Edwards and Ted Hennington. Add to these the blood bonded rhythm section of “The Mud Brothers”- Paul Zettler on bass/vocals and David Zettler on drums/vocals and you have caught lightning in a bottle.

This band has built their audience through relentless touring year round, along with radio tours inserted into the schedule. Having been together since 2012, the band is able to widen their collective setlist while throwing in band and audience favorites of Country and Rock legendary songs.