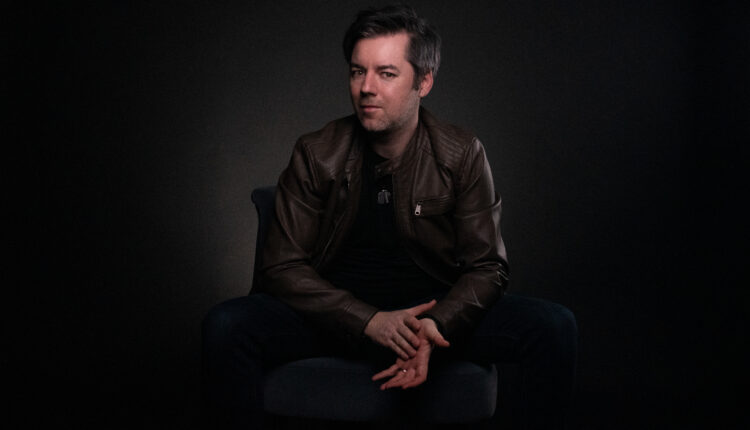 Starstruck Runner Up Rob Lea Announces Debut Single And Record Label Signing.Born in Leeds but raised in Blackpool, Rob Lea has been touring across the UK and Europe for the past 10 years in one of the worlds biggest Queen Tribute Bands – Majesty. Performing as the legendary Freddie Mercury has given Rob amazing opportunities to perform in front of huge crowds and even compete on the ITV show Starstruck as his idol. Now Rob is ready to step into the limelight as himself with his debut release ‘Reflection’. The single is being released via Nashville record label WBA, whose roster includes John Oats, The Little River Band, Michael Londra and many more talented artists. Rob credits the audiences he’s performed to and the fanbase he’s garnered over the years as the motivation for getting his own music out into the world!

‘Reflection’ is an impassioned piano-led ballad infused with pop sensibilities, showcasing Rob’s emotive and melodic vocals with his own words. An introspective and intimate offering, the song expresses the hidden thoughts felt through depression.

Rob in his own words about the inspiration behind the song:

“Even though we have come a long way in highlighting mental health and wellbeing, we still have a long way to go in breaking down the stigma of feeling anxiety and depression and the need to hide such feelings, especially with Men who have some of the highest suicide rates.”

“As someone who has suffered heavily from anxiety for years, I hope Reflection can help those suffering through similar thoughts and feelings in some small way, even if it is simply putting words to the emotions that play out each day.”

In the midst of strict lockdown due to the pandemic, Rob began writing ‘Reflection’ at his piano. To bring the song fully to life Rob teamed up with Turkish composer Ege and producer James Routh. Rob’s vision for the track was for each element of it to have meaning and intention. This is apparent in the pulsing electronic beats mimicking a heartbeat and the tension in the orchestral strings, which together with the lyrics create a complete picture of the emotions behind the song.

The vocals and mix were laid down in the Rock Hard Studios in Blackpool in their state of the art live room. Final mastering was done by Stephen Kerrison at Tall Trees Audio.

Rob’s love for music was apparent from a very early age. The youngest of 5 children, Rob came to life when the opportunity arose to perform either at home or at school. Rob credits his music teachers throughout his school years for introducing him to instruments and believing in his talent, which inspired Rob to take up violin, guitar, piano, drums and even trumpet, for which he became the lead player in Blackpool Orchestra.

Following a year working as a performer in Benidorm and returning to the UK to study performing arts, Rob joined local rock band Black Pearl. It was his first experience being the frontman in a band and made him realise it was where he truly felt he could connect best with an audience.

Later, Rob joined tribute act bands for Take That and Queen. Having the opportunity to combine his two favourite things, acting and music, Rob found his footing. Rob set up his own Queen tribute band which has gone on to perform internationally at some of the world’s most prestigious venues. At the height of the business for the Queen tribute after many years of hard work, Rob signed a 5 year deal with a booker in the USA and then the pandemic hit. Overnight his work disappeared and he struggled to make ends meet during this difficult period. This is when Rob decided for the first time in a long time, to write his own music. When things opened back up and the Queen tribute could perform once again, Rob performed parts of his own music at his shows and received overwhelming support from his fans. This spurred Rob on to officially release his debut single ‘Reflection’.