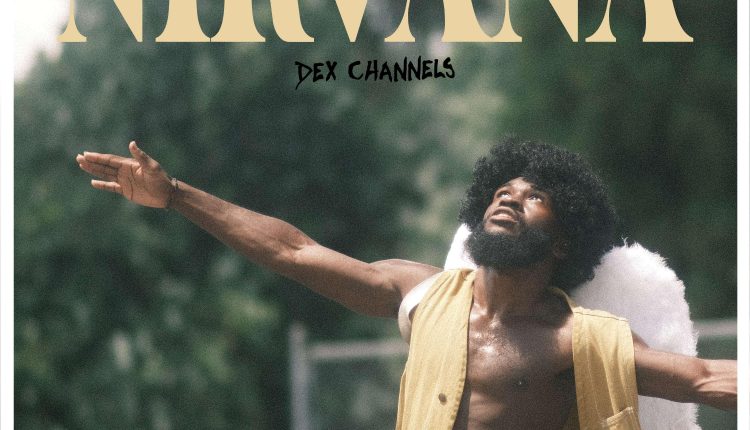 Dex Channels is a breath of fresh air. He is a formless artist in a rigid world, who looks to promote truth above all else – a truth that the listener may find in Dex’s artistic message, whether that’s his encouragement to assume your authentic self or simply finding solace in his music.

Born in Alabama and raised in Florida, Dex has lived in the South his whole life, coincidentally home to many other envelope-pushing artists such as André 3000 and more recently EarthGang. Early signs of this affinity to unrestricted self-expression can be heard on Dex’s debut EP, Guns Go Off in the Summertime, particularly on standout track “Last Sunday”, where he speaks on what PTSD is like for black youth in the South.

A gifted lyricist with a unique sound, Dex has returned with his latest offering in the form of a new single “Nirvana” produced by Billboard-charting producer BNYX (Ty Dolla $ign, Lil Uzi Vert, Yeat). The ‘80s-inspired production features a danceable rhythm and gorgeous guitar work, giving Dex the perfect backdrop for his dynamic rap flow. The track is accompanied by an equally impressive music video directed by Prswrkvisuals.

Speaking further on the new single, Dex says, “‘Nirvana’ is about going within and creating heaven on earth to escape the hellish state most people live in today. It’s about embracing both the feminine and masculine principles of creation, to be fluid. In the video, I’m an angel who fell to earth. I have huge wings, and I’m roller-skating around Atlanta. It’s a nice plot, and it’s comedic at the same time.

“This song took me a few weeks to write but once I took it to the studio, I entered a different realm. I only wrote one verse to go along with the hook but I felt this energy within telling me I could do more and I could say more; I listened. I then stopped thinking and was able to freestyle the rest of the song for five minutes straight! It was too long, so we cut half of it and kept it as the closing bridge. ‘Feel it taking over’ was all I kept hearing.”

After placements in big Spotify playlists such as Fresh Finds, Fresh Finds Hip-Hop and Gaming Lounge, the hype around Dex Channels is building with each release, and he clearly has a huge future ahead, with “Nirvana” providing a pivotal moment in his journey so far. “Nirvana” is available to buy/stream now on all platforms: https://lnk.to/vjrfpUUB.