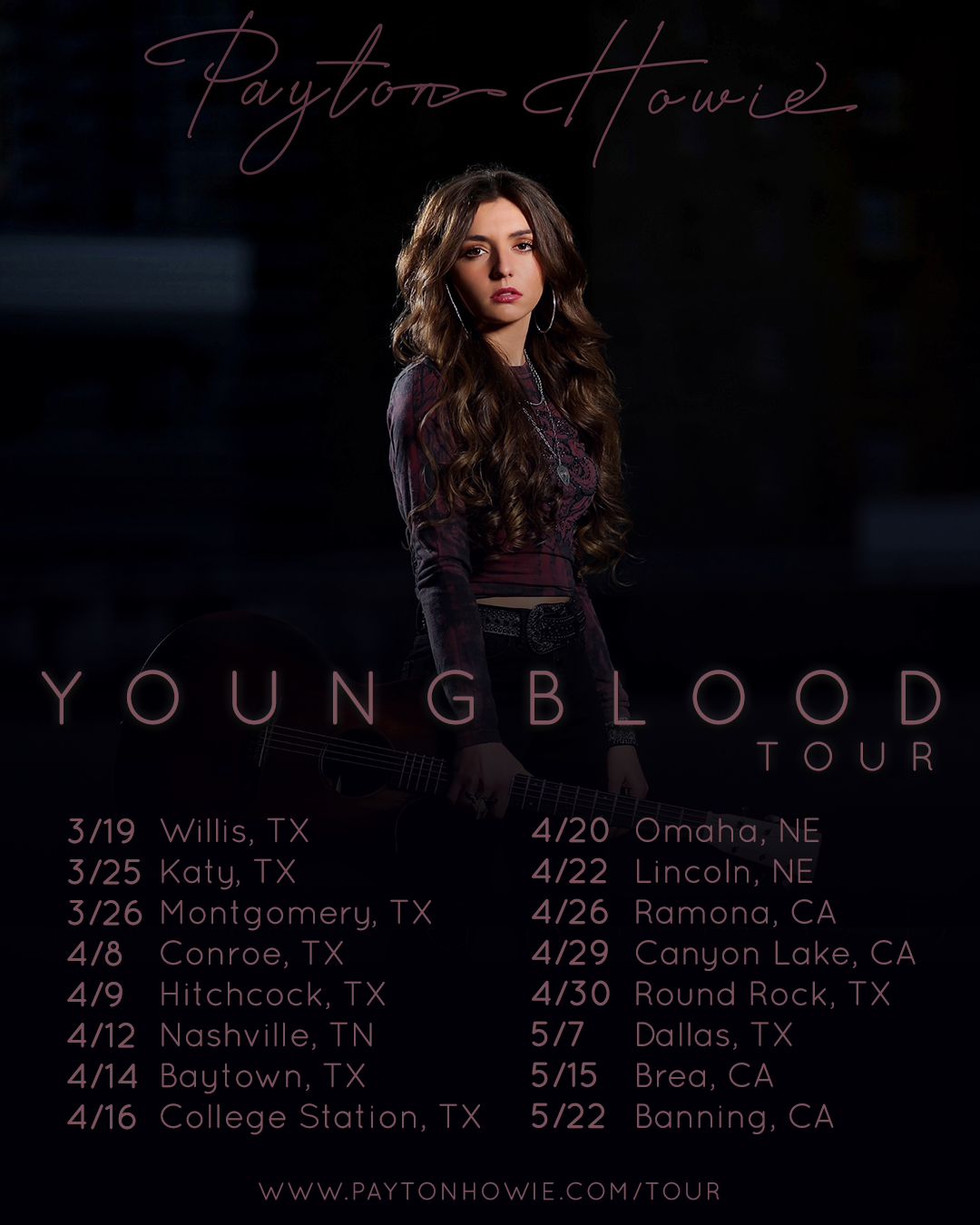 Payton Howie embraces her ‘youngblood’ title as she makes her mark on the genre, announcing her first-ever tour, Youngblood Tour, named for her newly-released debut EP. The 20-year-old Texan might be young, but she proves herself a force to be reckoned with, not only with the rave response to the Youngblood EP, but her very own 16-city tour.

“The best part about what I do is getting to share music with people and being able to feel the energy in the room,” says Howie.  “Coming out of a pandemic where live stream shows were just about it, I can’t wait to be out playing the new music live and in person.”

Tracks from the new EP, including songs “Never Go Home,”“Country Before Me,” and “Break My Own Heart” have not only been highlighted by CMT, COWGIRL Magazine, Sounds Like Nashville, and The Boot, but also featured on several Spotify editorial playlists like Fresh Finds all genre, Country Rocks and Fresh Finds Country: Best of 2021.

Payton Howie will kick off the Youngblood Tour on March 19 in Willis, TX and will conclude in Banning, CA on May 22. Additional tour stops include Nashville, Omaha, Lincoln and Dallas.  A full list of Youngblood Tour dates, as well as additional shows, can be found at www.paytonhowie.com/tour.