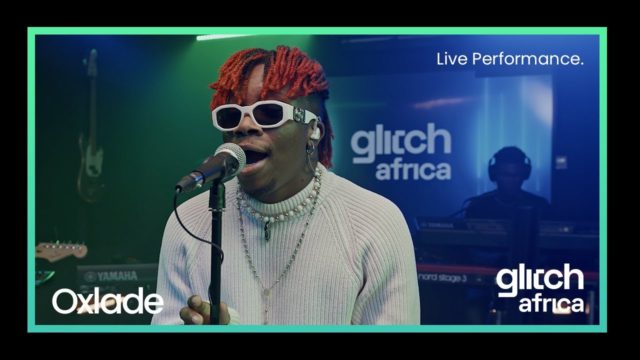 Nigerian singer, Oxlade has featured in a new video by Glitch Africa where he delivers an exciting live performance of his buzzing record, More.

In a new video released by Glitch Africa, Nigerian singer, Oxlade delivers a liver performance of one of his most recent songs titled More. The video was shared via Youtube on Saturday, the 15th of January 2022.

More is one of the songs off Oxlade’s latest EP titled Eclipse. The singer collaborated with high-profile beatsmith Coublon to deliver this impressive body of work, a four-track extended play dubbed, Eclipse. Cocooned within falsetto-draped soundbeds, Oxlade navigates the complexities of love with infectious lyricism.

Oxlade also recently released a short film based on the EP titled Without You which stars himself alongside Nzube ‘Zebee’ Ezikeoha, Chioma Okafor, and Isaac Egberamen.

In the video of his live performance of More for Glitch Africa, Oxlade also explains the meaning of the song and why he sang it. Oxlade was also recently spotted in Ghana along with Chance the Rapper and Headie One.