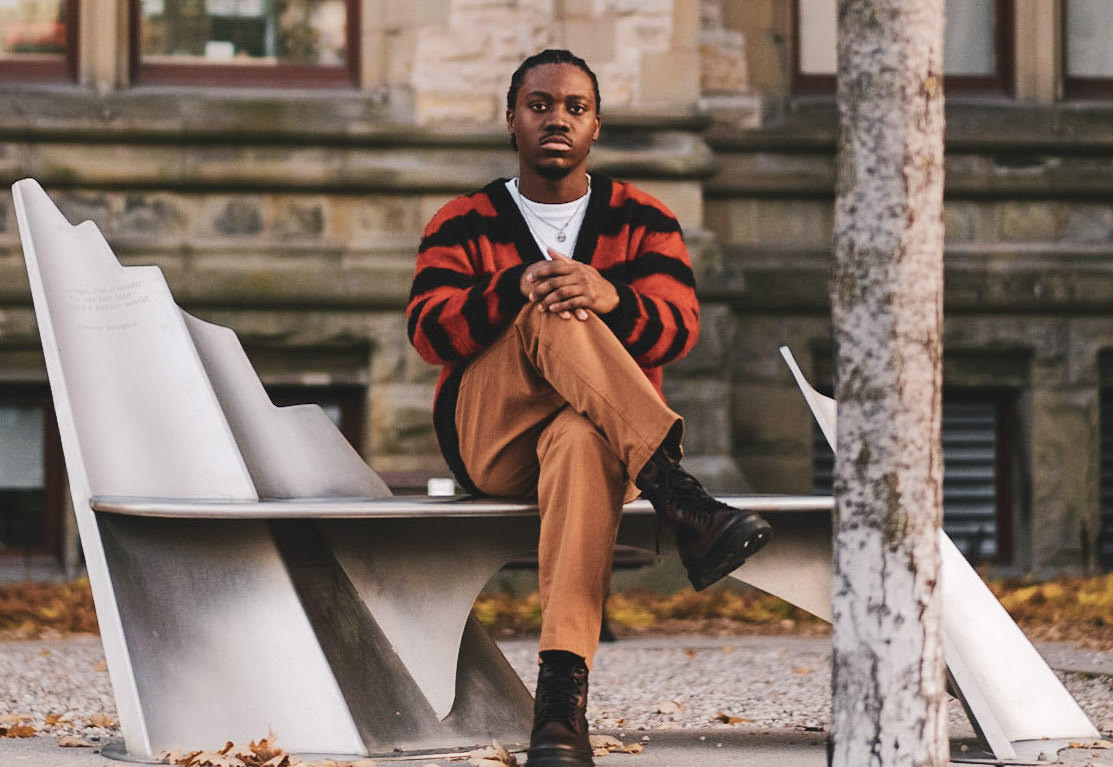 With the release of his latest single, “Who’s Gassing Who?”, Nigeria-born, Canada-based rapper Banggz commands the spotlight and makes it known he’s an artist to watch out for.

Hailing from Jos, Banggz already sounds like a seasoned pro in his newest single, hinting at this musician’s expertise when it comes to producing music. Banggz often approaches his music endeavours singlehandedly; responsible for writing, performances, and production, he uses his ever-growing catalogue to showcase his musical prowess, as can be heard on self-produced “Who’s Gassing Who?”

Banggz has already gained an impressive amount of performance experience in Ottawa after playing a variety of shows, and this experience, as well as his innate ability to tell a story, helped to create the confidence that “Who’s Gassing Who?” exudes. Explaining more about the concept of the track, Banggz says, “‘Who’s Gassing Who?’ is a question I ask myself often. There are so many approaches that musicians take to make their break. This song is me being confident in my genuine approach as opposed to searching for a quick buzz. I want to know if my perspective is valid or not. Who’s gassing who?”

Fusing heavy-hitting drum samples with synthesisers and vocal performances, Banggz draws on his impressive lyrical ability to uplift and inspire listeners while driving home his critical message – that he’s cut from a different cloth. Elaborating further, Banggz says, “I was drawn to the hook: ‘If I am fly and you are fly then who’s the pilot?’ It refers to the plethora of rappers making music and separates me from them.” The atmosphere that Banggz generates in his production style, coupled with his ever-growing level of professional experience, indicates that this fast-rising rapper can walk the walk.

However, it’s not all hard-talk for Banggz. In fact, he reflects a little on his own life in “Who’s Gassing Who?” while expressing a bit of vulnerability. “In the second verse, I tried opening up more about my life outside of music and what I struggle with”, Banggz says. “The verse ‘I am not afraid of anything or anyone but college’ shows that I believe my aspirations are likely to come to fruition beyond the four walls of a learning institution.” It’s this blend of swagger and introspection that makes for such a fascinating listening experience, and injecting his personality into the music is a refreshing touch from Banggz and allows us, the listeners, to connect with him on a more personal level.

“Who’s Gassing Who?” is available to buy/stream now on all platforms.

Keep up to date with the latest from Banggz:

Banggz is a 22-year-old artist based in Ottawa, Canada. His sound is predominantly inspired by hip-hop but he also draws influence from other genres like afrobeat, jazz, and funk to name a few. The songs are an embodiment of his talent as he is responsible for the writing, performance and production.

Banggz is originally from Nigeria and is very much in touch with his roots, as seen on songs “Jostice” (a story about his birthplace: Jos, Nigeria) and “Yawa”, which have afrobeat influences that never fail to uplift crowds. On “21”, he speaks about his attempts to bridge the gap between cultural differences in Ottawa, Canada and Lagos, Nigeria and the challenges encountered. As a natural storyteller, he is inclined to painting scenes through his lyrics. On his song “Open Up”, he tells a story that explores toxicity in relationships.

Banggz has gained performance experience in Ottawa by playing shows such as Twelve07 Live (a headline show for his collective, Twelve07), afro pick (a headline release event for a single), The Lemon Curd (Lagos), Zone, Homelan, The ISC Gala and Asuquomo’s Ghosts. He has also opened for Nigerian artists like WizKid, Falz, Lady Donli, and YCee. Currently, he’s on a tour called CRUIZE CNTRL alongside KAR33M, Belema and Chyme.