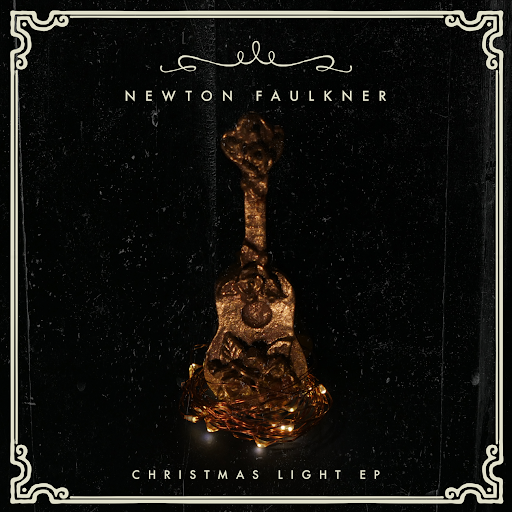 Newton Faulkner – Winter Wonderland.Newton Faulkner will be a name that rings true to almost any music lover across the UK and beyond. The acoustic folk-rock troubadour has enjoyed a multitude of successes through his experimental, innovative and percussive style, with an illustrious and eccentric career so far to say the least. Always possessing an incessant want and desire to explore and change with each album he releases, Faulkner has transformed his sound and isn’t afraid to push the boundaries, all whilst keeping himself grounded to the cause of creating music that his fans worldwide will invest in.

From the phenomenal success of his debut album ‘Hand Built By Robots’ featuring the song that flew above and beyond in ‘Dream Catch Me’, this encapsulated his new found sound and since that point onwards, has continued to innovate. ‘Write It On Your Skin’, ‘Human Love’ and ‘Hit the Ground Running’ have all been triumphs in their own right, and have all been different bodies of work that Faulkner has created from scratch, and has kept a real DIY craft to his production and recordings, with ‘Studio Zoo’ being written, recorded and released within five weeks.

This typifies his approach to songwriting and making music as a whole, and this year’s album ‘Interference (Of Light)’ further showcases his undeniable ability to go between the genres of folk, pop and rock and everything in between. Now, he has returned with a notion to take on the new challenge of a collection of Christmas songs, the first instalment being a fresh and contemporary approach to one we all know and love, in ‘Driving Home For Christmas’ featuring Chris Rea’s Niece, Cat Rea.

Not stopping there, Newton wanted to collaborate with other artists he has recently discovered through lockdown and there is no better example than Scottish TikTok star, Nati Dredd. Making her fame through singing traditional folk songs, they have now both come together for this simply heart-warming and enriching version of ‘Winter Wonderland’. Bringing that same and also significant Christmas feel and spirit, the production lightly steps on the toes of the original before Newton and Nati’s charismatic delivery welcomingly enters in this minimalist folky exploration.

Just by listening to this rendition, you can hear the pure joy and fun that was created through this record. There’s a real moment where Nati even laughs in one instance, and their simply stunning voices work in harmony with one another once more in what is a song that will instantly bring a smile to your face upon listening. Newton has really taken an individual approach to what could easily be just another carbon copy rollout that most other artists adhere to, but this single and the EP as a whole showcases his relentless love for all types of music, making it a festive collection of songs to compete with the very best.

Speaking behind the creation of ‘Christmas Light’, Newton explains:

“My goal with the ‘Christmas Light EP’ was to make something that had all of the fun and emotion of the original tracks but with a fresh modern twist that brings them up to date. I love all these tracks and really I hope that comes across in the way I treated and changed them. Both Cat Rea and Natti Dredd totally smashed their vocals too!”