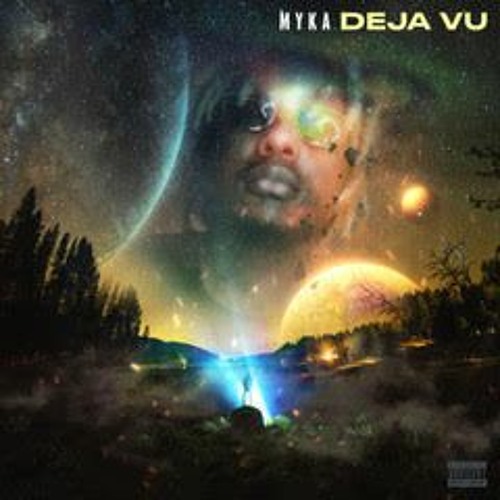 Birmingham based Hip-Hop artist Myka releases Déjà vu’ and is ready to tease your senses with the slick production of the track. Having previously seen support from BBC West Midlands and GRM Daily.

The track was self-produced by Myka with the beat coming from Lockbeats and mix and mastering duties by Reonavenger (Aitch, M1llionz, Tana, Unknown T). The music video is directed by Vlad Stelmakov who has worked with the likes of Post Malone, Cardi B and Gunna.Hailing from Zimbabwe and moving to Birmingham at the age of 3, Myka first got into music during his days at high school which eventually led to him creating a collective with his friends under the name of ‘Violation’.

After high school one of the members from Violation was tragically murdered, leading to Myka taking a step back from music while he processed the loss of a friend at such a young age. Eventually, this became the reason Myka started creating music again. Due to this experience, Myka now wants to make a change for the better in his home city of Birmingham. He hopes to inspire more people to find an outlet like music, using his own music to lay the foundations for other musicians to follow as a counterbalance to the ever-growing problem of knife crime in Birmingham and across the UK.

In Myka’s own words “Nowadays big-named acts that have come from the streets and often describe themselves as ‘gangsters are now making apologies on Instagram for cancelling a show”. Myka’s latest track explores the feeling of Déjà vu that people often get when you get back together with an ex. It evokes a feeling of nostalgia at how good it was previously with them and how Déjà vu kicks in when you realise you’ve been in a similar situation before, but this time it’s somehow different.

Myka says ‘’I haven’t seen another UK Hip-Hop artist talking about this topic in a track. It is time to make the people think outside of the box’’.Influenced by the likes of Young Thug, Lil Durk, Chris Brown and T-Pain, Myka is quickly becoming an artist to be reckoned with, follow his socials for the latest updates.