Music Video for “One More Night” By Tony Luke 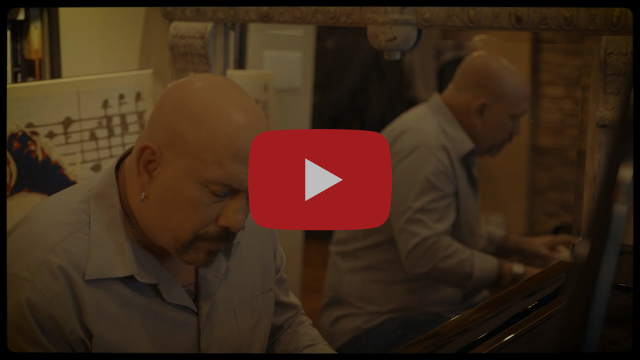 Celebrity entrepreneur Tony Luke Jr. is an individual of many talents, but underneath is a man with a huge heart and a drive to create hope and support for individuals with silent battles such as addiction, mental health, and trauma. In 2017, Tony Luke Jr. lost his son Tony Luke III to addiction. In America, suicide is the leading cause of death, which affects all ages, genders, and demographics. After losing his son to a grueling battle with addiction, music and songwriting kept him going.

Through the years, Tony put his songwriting career on hold while raising his children. Tony says, “I picked up the pen and started pouring my grief into music. I started sending the songs to my dear friend and multi-Grammy award winner Joe “The Butcher” Nicolo, and we decided to take my songs and start our 501c3 foundation The Sound Mind Network. Tony Luke Jr. will be donating 100% of the proceeds of “One More Night” to the organization. The official music video for “One More Night” was released today. You can click here to watch.

Tony Luke Jr. beautifully expresses his grief in “One More Night.” This beautifully crafted heartfelt piano ballad is inspired by his late son’s death. The song is composed of delicate piano chords joined with Tony’s rich, emotive voice to create a track that will touch any heart who has experienced loss.

The music video allows us to physically see the pain and emotion behind Tony Luke Jr.’s raw lyrics. The setting’s sparsity of Tony standing with a microphone, no instrument in hand, immersed in the music brings attention to the message. The true focus is on the emotional story, adding an even more personal touch to an already personal song.

The instrumentals do not overpower him. We get close-ups of the different instruments used in the song, which make them more noticeable in the background of the track. This allows you to sink into the song more and really let it wash over you. Such a powerful song needs only a simple video to accompany it, and Tony did just that.

Native from South Philadelphia, Tony Luke Jr. is a songwriter, actor, charity founder, and celebrity chef who wants to change the world through songwriting and music. The artist has had quite an extensive career in the entertainment industry, such as being the host of “Tony Luke’s Eaglemania,” which aired Saturday nights on Philadelphia’s ABC affiliate WPVI-TV for a portion of the Eagles’ 2010 season.

Furthermore, Tony signed a publishing deal with Heart Songs Music Group in 2022 and is also a founder of the Sound Mind Network, a charity foundation that focuses on healing addiction and mental illness through the arts and music. Artists on the Sound Mind Network’s ambassador roster include Kevin and Michael Bacon of the Bacon Brothers, Kathy Sledge of “Sister Sledge” fame, Wyclef Jean, Cyndi Lauper, Cory Singer, Bailey James, ElectraQueens, Johnny Showcase, and more.

David J Shares The Official Video for “Before You”