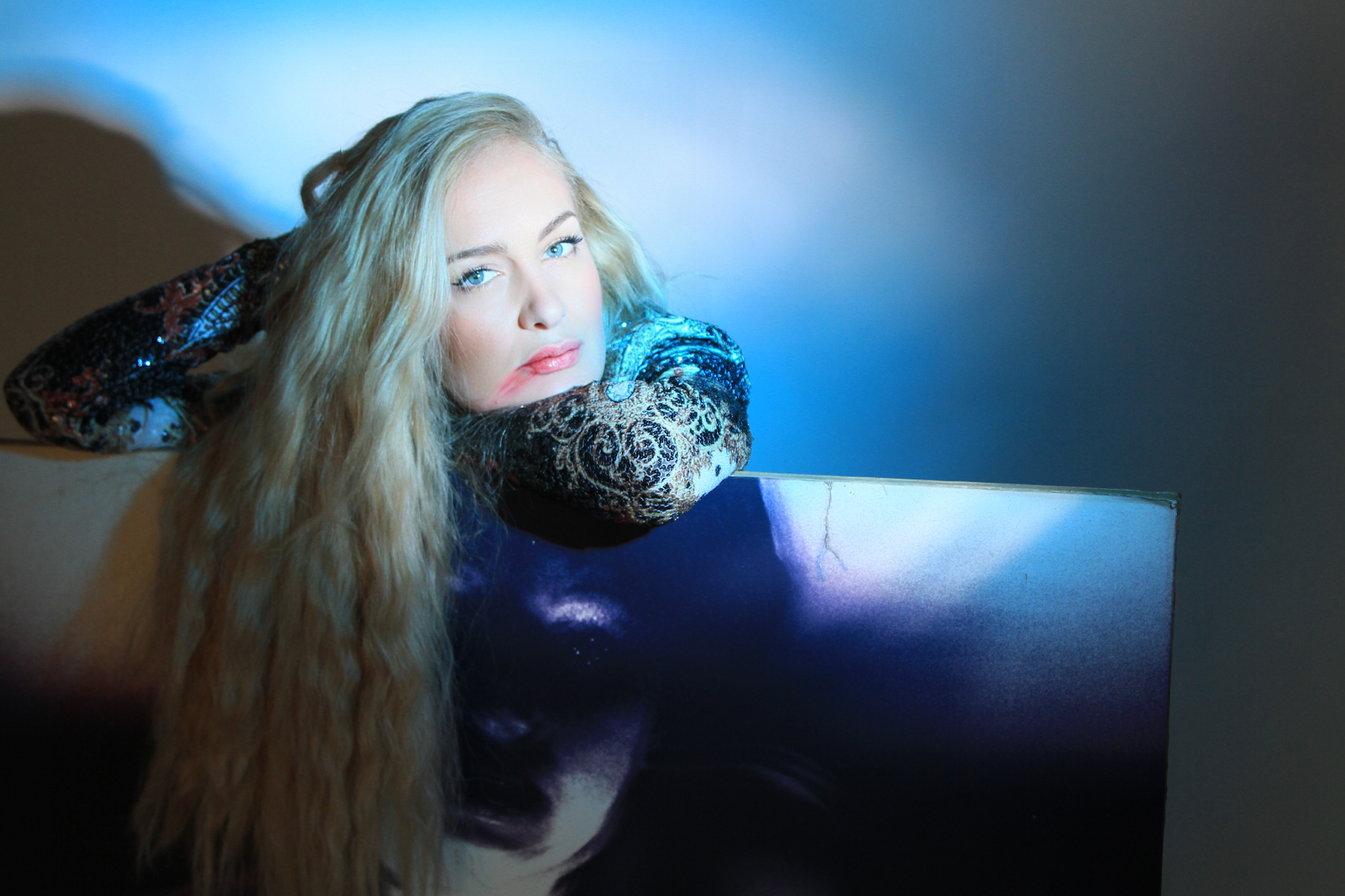 Greek Avant-Pop artist Lia Hide returns with her new single ‘Niobe’ taken from the brilliant new album ‘The Missing Fourth Guest’. Following a stint signed to EMI-Universal, working with a number of acclaimed producers including multiple Grammy award winner Adam Ayan, the Athens-based artist has established herself as one of the most exciting names on the Art-Pop scene. Once again showcasing her strikingly unique blend of Pop, Electronica and Jazz, Lia’s three-piece band have signed with Conch Town Records and are releasing some of their most accomplished music to date.

‘Niobe’ sees Lia blend a syncopated and interweaving piano and bassline creating a beautiful yet unnerving feel under Lia’s poetic storytelling. Showcasing a Jazz influence to her unique Electronic-Experimental-Pop sound Lia once again displays her striking originality as an artist, capturing a completely unique sound before the track changes pass with an overlapping bass and guitar section which gives the track a Latin edge. Unafraid to experiment and push the boundaries of her music, this is another demonstration of Lia’s impeccable talents as a songwriter and performer which can be found across the new album.

Speaking about the inspiration behind ‘Niobe’ Lia explains: “According to Homer’s Iliad, princes Niobe had six daughters and six sons, and boasted of her progenitive superiority to the Titan Leto, who had only two children, Apollo and Artemis. As punishment for the crime of pride, Artemis killed all her daughters and Apollo all her sons, her children laying unburied for 9 days. The marvellous grotesque of Greek Mythology meets Lia Hide’s Niobe who is driven mad by the repetitive pregnancies, and the beauty standards and expectancies of her small-town society. The songs seems to spawn out of the 90s Murder Ballads (Nick Cave and the Bad Seeds), in an arrangement where cinematic composers Danny Elfman and Manos Hadjidak’s are combined with neo-folk brass sections and baroque pop elements.”

Lia has studied classical piano, operatic singing, music technology, advanced harmony and songwriting giving her a vast knowledge of music theory which informs her immense creativity and innovative ideas. Having played a number of European tours including the most recent tour in 2019, a 40 day venture with 28 shows across 10 countries, Lia has appeared in a whole host of tastemaker press including CLOUT, XS Noize, Earmilk, Wonderland, Purple Melon, Readers Digest, Elculture.gr and LIFO as well as playing support for and collaborated with a number of top international and Greek artists including: Tricky, Joseph van Wissem, Anneke van Giersbergen, Kadebostany, KBHTA, Keep Shelly in Athens, Molly Nilsson and Kovacs.

The upcoming new 8-track album ‘The Missing Fourth Guest’ was produced by Lia Hide, mixed by Ian Shaw at Warmfuzz Productions, and mastered by Denis Blackham at Skye Mastering, UK.