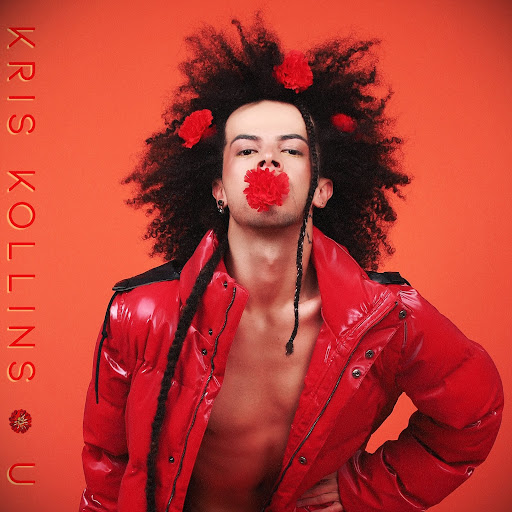 Kris Kollins Releases New Single – U: Kris Kollins is a genre bending blend of alt r&b, pop, funk, psychedelic, and touches of progressive soul. His upcoming soul/funk-pop single ‘U’ pays homage to a few of his 1980’s influences, and simply highlights the beauty beyond a person’s gender, ethnicity, religion, material and finances.

Kris Kollins on the making of ‘U’:

“The original demo was created alongside an amazing friend of mine, Robot Disco Puma, while in Los Angeles. I wanted to reimagine the song, and I brought a fresh idea to Stuart G. Murphy (aka That Dude Stu) in Miami and we started off with a cool beat box pattern. We added this sick bass line then once we recorded vocals I had to get Ken Karsh in Pittsburgh to give me a good Jimi/Prince guitar solo for the bridge.”

Kris’ musical journey so far has known no bounds, from reaching the Top 30 Club Dance Charts in 2018 with ‘Hydro Llove’ to being signed with Global Publishing in the UK. Kris has worked alongside big names such as H.E.R, Joelle James (song writer of Boo’d Up), Loren Allred, and producer Ryan M. Tedder. He’s been on tour with Marsha Ambrosius and has opened for the likes of Bilal, and Dwele. We’re eagerly awaiting Kris Kollins’ next move as he grows even stronger. His latest single ‘River’ gained the attention of publications such as Notion, We Are Soul and LGBTQ Music Chart.

His upcoming release ‘U’ is an empowering release for Kris, who hopes to create a space for queer men of color in the R&B world.

“As a queer person of color I strive to be what I didn’t have when I was growing up, a proud and confident role model in mainstream media. Throughout my career I’ve been forced into closets because of the stigma that “there is little to no success if an artist is both of color and queer.” For everyone out there who is afraid to be their true selves…let’s flip that energy, and be the example we want to see in the world.”