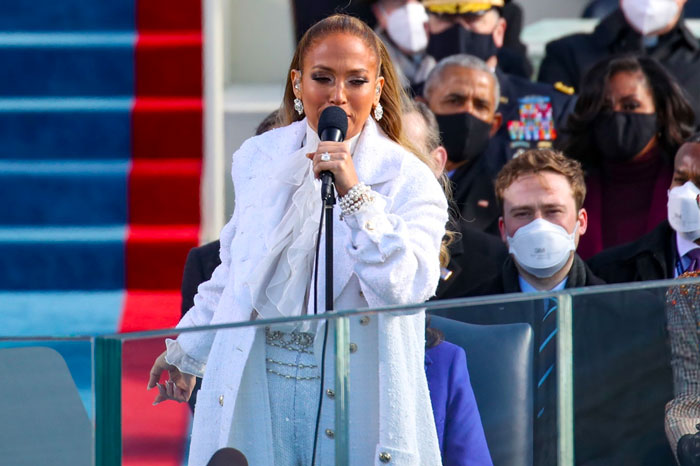 Joe Biden was sworn in as the 46th President of the United States during a star-studded inauguration that included a performance from Jennifer Lopez.

Wearing all white with her $1 million engagement ring on display, J.Lo delivered a patriotic medley of “This Land Is Your Land” and “America the Beautiful” at the U.S. Capitol. Midway through her performance, she declared “Justicia para todos!” (“Justice for all!”) before reciting lyrics from her 2000 hit “Let’s Get Loud” as former presidents Barack Obama, George W. Bush, and Bill Clinton looked on.

Watch Laycon’s “No Stress” Cover on “Jimmy’s Jump Off”