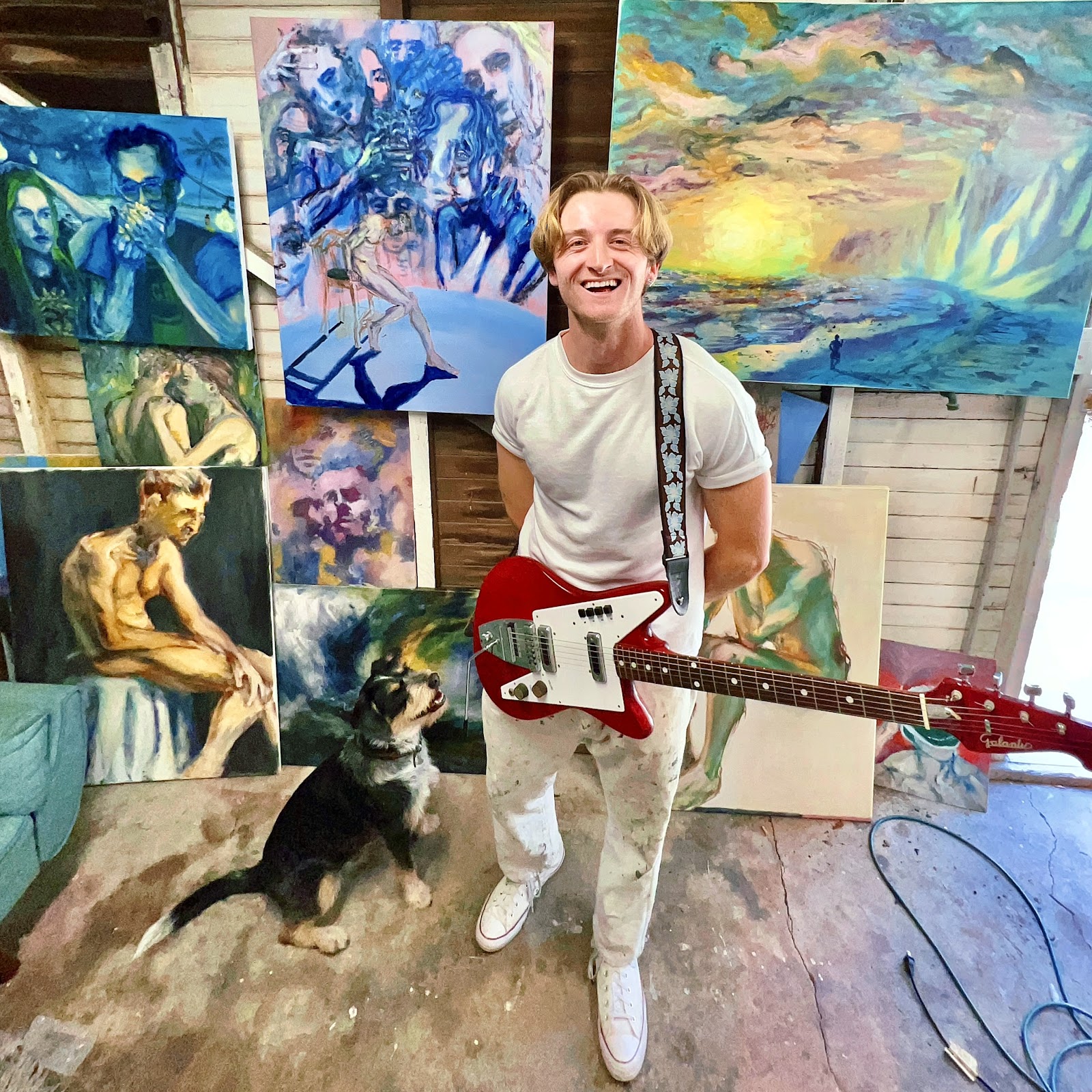 Blonds is the musical project of professional painter and musician Luciano Thomas. Having studied oil painting at the University of California Santa Barbara, and written multi-instrumental music since a young age, Luciano takes his talents “wherever the ideas go.” Now Blonds is back with an indie-pop offering ‘Yesterday’, a sun-soaked single that blends timeless guitar pop with punk infused vocals. Blonds not only brings to life the sunset inspiration for the track through warmth-imbued soundscapes but also with the single artwork, which is taken from a composition Blonds painted himself.

Blonds on the inspiration behind ‘Yesterday’:

“It came to me in a dream. I was sitting in the open trunk of my car from high school, watching a beautiful sunset at a beach near the university I attended, and I was strumming away on my guitar singing the song. I wrote it down and recorded it the second I woke up because I loved its simplicity and catchiness. To me, the song is about the commodification of nostalgia, or wanting to buy back moments from the past to relive them. In the dream, the song was titled “Coca-Cola Classic” as a reference to when Coca-Cola rebranded their original soda following the disaster of “New Coke” as a real life example of purchasable nostalgia. Ultimately, I felt “Yesterday” would be a better, less esoteric title.”

The new single teases his upcoming EP ‘Retrospective’, which is expected to be released on July 1st.

The EP will add to Blonds’ wide-ranging discography, which has earned him over 1 million streams across digital streaming platforms and support from acclaimed publications such as 1883 Magazine, Mystic Sons and Turtle Tempo.

Not limited by genre, or even artistic medium, Luciano Thomas has released over a dozen singles and EPs as Blonds, crafted innumerable large oil paintings, and even explored filmmaking in his experimental, self-made music videos.

The moniker Blonds originates from his band in high school titled The Blondes (wherein every member conveniently had blonde hair) and following the band’s breakup, Luciano retained the essence of the title for his independent musical pursuits. As Blonds he writes, performs, records, and engineers nearly his entire catalogue by himself.

As always from Blonds you can expect inventive and expert guitar playing, a complete disregard for the arbitrary restraints of “genre,” Southern California beachy energy and a DIY attitude.