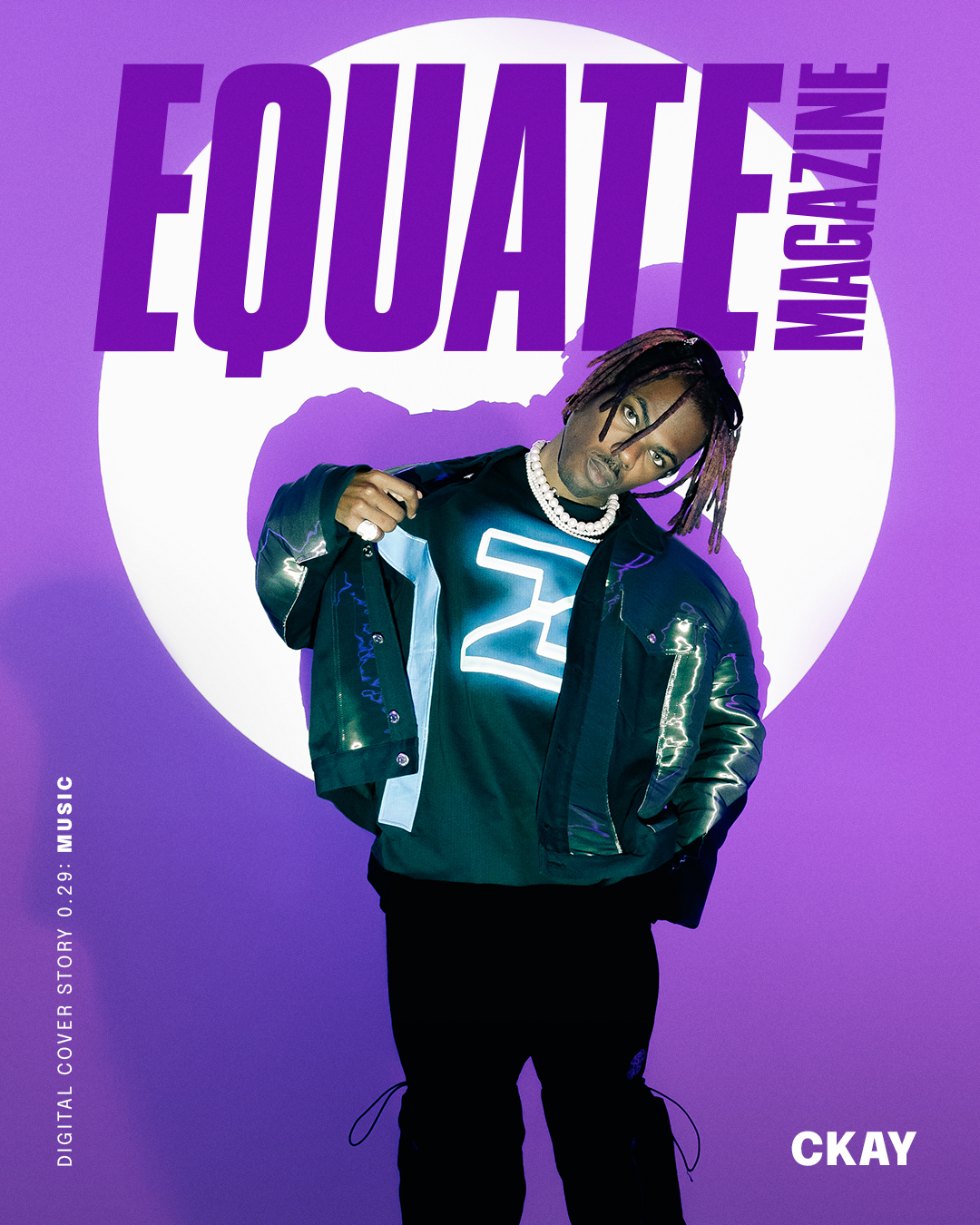 Nigerian musician, CKay is the latest cover star of Equate Magazine and in a recent interview, he discussed about the genre of afrobeats and its recent success.

CKay is asked to comment on the genre of afrobeats and the reasons it is growing in wide acceptance in his new cover to Equate magazine. The cover was released on the 7th of Tuesday day of the month, 2021.

Speaking about his debut album which drops next year, CKay had this to say;

My debut album is coming real soon. It’s coming next year. I’ve been working on it all year and I’ve got lots of interesting different sounds and vibes on there. For me, I always like to sonically challenge the space. I feel like, if I’m making music, I have to keep bringing something new to the table. I personally get bored so I wanna listen to afrobeats with a twist and I think other people want to listen to that too. I make music trying to satisfy myself and in the process hoping everyone else loves it.

When asked about the recent rise of the afrobeats genre in his new cover feature on Equate Magazine, CKay had this to say;

Firstly, people just can’t deny the vibe. Regardless of the language you speak, anyone can feel it and dance to it whether they understand it or not. I think the fact that Afrobeats is going this global and a song like “Love Nwantiti” which is written in Igbo and Pidgin English, people are singing the exact words in the Middle East, the Western world, in Europe, Russia, Japan, it’s crazy. That’s just a testament to how powerful the vibe is and how people connect to it in different parts of the world.