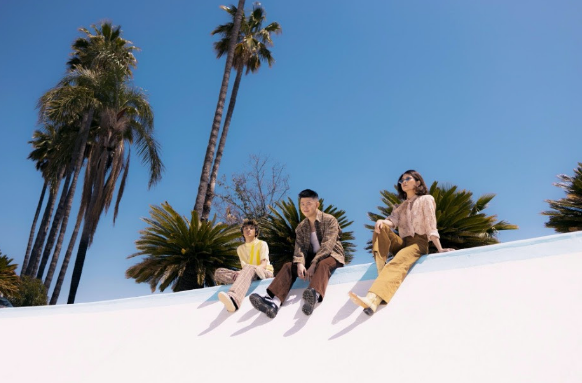 The global, leading Asian music and media company, 88rising, in partnership with Goldenvoice, the Los Angeles-based company behind concert events like Coachella and Stagecoach, announced today the 2021 Head In the Clouds Festival will take place on Saturday, November 6 and Sunday, November 7, 2021 at Brookside at the Rose Bowl in Pasadena, CA.

In conjunction with the festival announcement is the release of “California”, the next single from 88rising’s long-awaited Head In The Clouds lll collaborative album, via 88rising/12Tone Music, LLC. Featuring 88rising flagship artists Rich Brian and NIKI and newcomer Warren Hue, “California” is a heartfelt ode to the idyllic Golden State. The single release is accompanied by a music video directed by Jason Ano that intermixes candid footage of the three Indonesian transplants together along with intimate vignettes of life in Californian suburbia, and glimpses of Asian-Americana. LISTEN TO “CALIFORNIA.”

Head In The Clouds III is the next installment of the iconic album series featuring 88rising artists and special guests from East to West. The project will bring listeners from around the world into the Asian diasporic experience through a universal lens – lovelorn, self-reflective, and homesick songs about triumphing over self-doubt and being caught between two worlds. Over wistful acoustic guitar and ethereal production from Wallis Lane, Jack LoMastro, and Jacob Ray, “California” is an arresting introduction to the next Head In The Clouds installment.

“This song is about three Indonesian kids that managed to chase their dreams. Whether it’s acting, being a scientist or an architect or both, it’s all attainable,” said Rich Brian. “In this case NIKI, Warren, and I attained the same thing and that is making a career in California, which comes with its highs and lows.”“It was so great to have gotten the opportunity to collaborate with my fellow Indonesians Rich Brian & Warren Hue. Songwriting-wise, it was the most organic coming-together between the three of us. Hope you guys enjoy it!” shared NIKI.

“The verse I wrote included the reality of being Asian in America and how I see California as a whole,” said Warren Hue. “The process of making this song was interesting because it shows the perspective of three Indonesians talking about America and it’s definitely a fun project.”

2021 marks the very first time the Head in the Clouds Festival, which originally debuted in 2018, will be held over a span of two days, a change brought on by its continued growth and success. The 2018 Head In The Clouds Festival welcomed 10,000 attendees and in 2019 the attendance rose to 22,500.

This year also marks a new, larger location for the festival, Brookside at the Rose Bowl in Pasadena, CA. In previous years the Head in the Clouds Festival was held at Los Angeles State Historic Park, with star-studded lineups from the Pan-Asian community including acts from Joji, Rich Brian, Higher Brothers, Anderson .Paak, iKON, Zion.T, and more.

“We’re excited to bring back the world’s greatest Asian music festival to Los Angeles at a new location just outside the historic Rose Bowl. Both the 88rising and Goldenvoice teams have been hard at work to provide fans an immaculate experience from the lineup to the production to the food. We can’t wait to see everyone there,” said 88rising founder Sean Myashiro. This year, a $1 donation per ticket will ensure that young people in Los Angeles have access to creative exploration through Inner-City Arts, widely recognized as one of the nation’s most effective arts education providers for children in Los Angeles’ Skid Row. Purchasers will have the option to donate additional funds at checkout.

Registration is open now for exclusive access to the presale & the lowest Trust Us Presale ticket for fans. Presale begins Friday May 28th at 10am PT, with general public on sale on June 3rd. Trust Us Presale tickets will run at $199 USD+ fees for 2 Day General Admission and $349 USD for 2 Day VIP, with Trust Us on sale tickets at $225 USD+fees for 2 Day GA and $375 USD+fees for VIP. The full lineup for the 2021 Head in the Clouds Festival will be announced later this summer. Visit 88rising.com for more info.