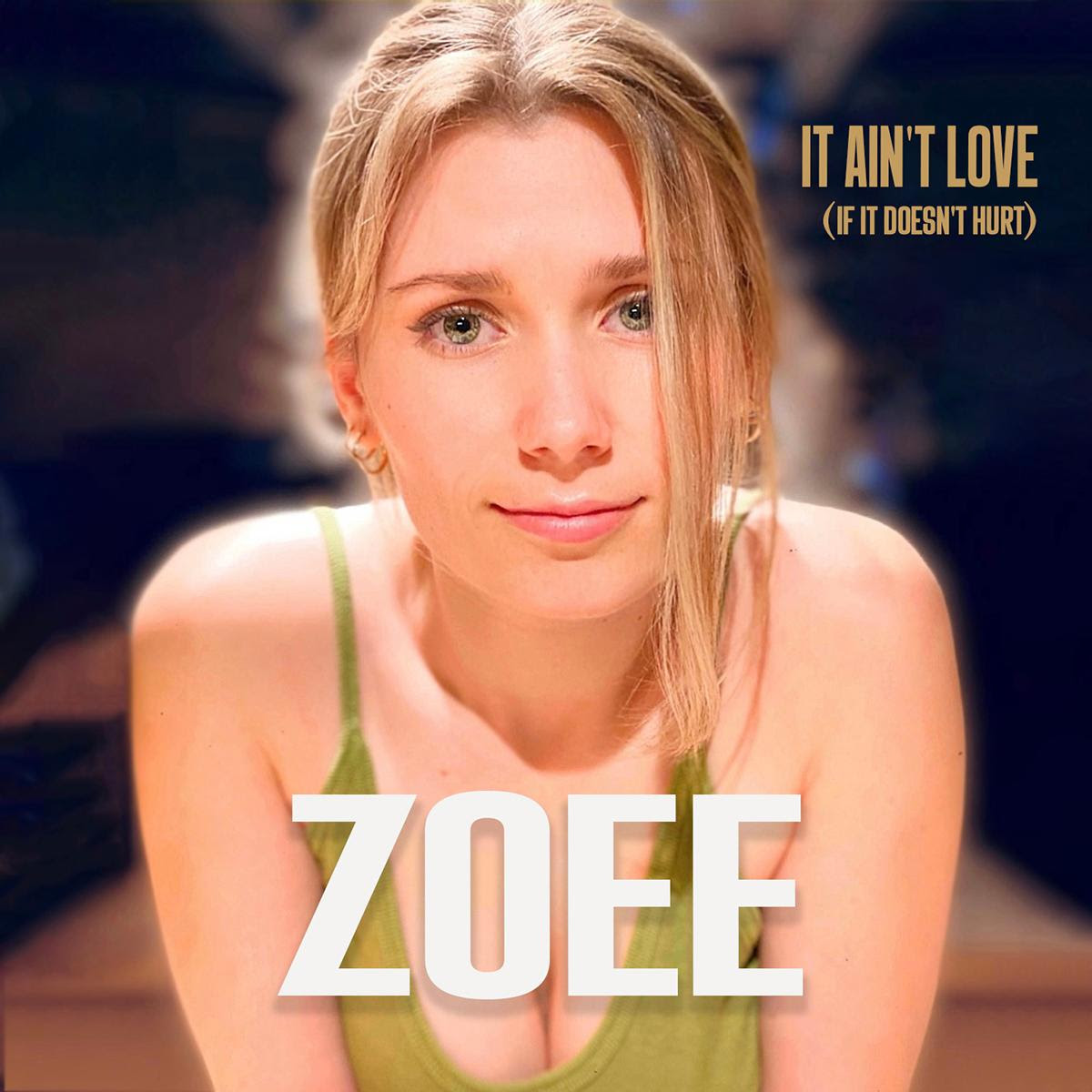 “The idea for ‘It Ain’t Love’ came about after my boyfriend, and I broke up,” Zoee says. “I thought I could put it behind me, dust myself off and move on. But after some time passed, I realized it was much more than I thought it was and the feelings along with the song idea caught up with me. ‘It ain’t love… if it doesn’t hurt.’”

“Thought that we could just walk away

Take our hearts and leave unscathed

Never look back from wherever we were at

As we made our escapes

Then it hit me like a tonne of bricks

This ain’t a crush a goodbye can fix

You’ll know what you missed

You can dust off the dirt

But it ain’t love, if it doesn’t hurt”

Recently relocated to Nashville from the UK, Zoee originally hails from Australia. Since her move, she hasn’t wasted any time in growing her burgeoning career in Music City. “I have dreamed about writing songs and recording in Nashville all my life,” she states. “Now to be here working with some of the best songwriters and artists in the world is a dream come true.”

“It Ain’t Love” was co-written and co-produced by Zoee along with GRAMMY and CMA nominated songwriter/producer, James House. The track features Zoee on lead and backing vocals and acoustic guitars, James House on piano, acoustic guitar, electric guitar, and background vocals, Kenny Greenburg on electric guitars, Mike Brignardello on bass guitar and Crash Jones on drums. It was recorded at the Cabin in the Woods Studios in Nashville and mastered by Randy Merrill at Sterling Sound, in Edgewater, New Jersey.

House adds, “Zoee has a beautiful story and a unique way of expressing herself through her music and lyrics. She has a voice of her own that connects in way that true authentic artists always do. I’m looking forward to hearing her music unfold over time and watch her grow.”

Zoee’s previous single, “Take Me Away,” won “Song of the Year” at the Women of Country 2021 Awards.

Raised in a family of musicians, music was Zoee’s first language. The multi-award-winning crossover pop-country Australian native, with her distinctive vocals and honest, emotional lyrics, is a star about to go Supernova. Most recently, Zoee won “Song of the Year” 2021 at Women of Country Awards and “Best Folk Band/Duo/Group of the Year” and “Best Group of the Year” at the FPCM Awards 2020. Prior to that, Zoee has been racking up career milestones for some time. She has written and sung a feature film soundtrack, topped the Scottish New Music Charts, charted in the Top 20 on the Amazon Country Chart, toured the U.K, Ireland, and the U.S. where she performed at hundreds of festivals and support shows, and played at the prestigious Bluebird Cafe and the CMA Festival in Nashville with her band. She moved to Nashville in 2022 and began collaborating with GRAMMY-nominated and winning songwriters, including James House, Jeff Cohen, Steve Dorff and Kyle Jacobs to name a few.