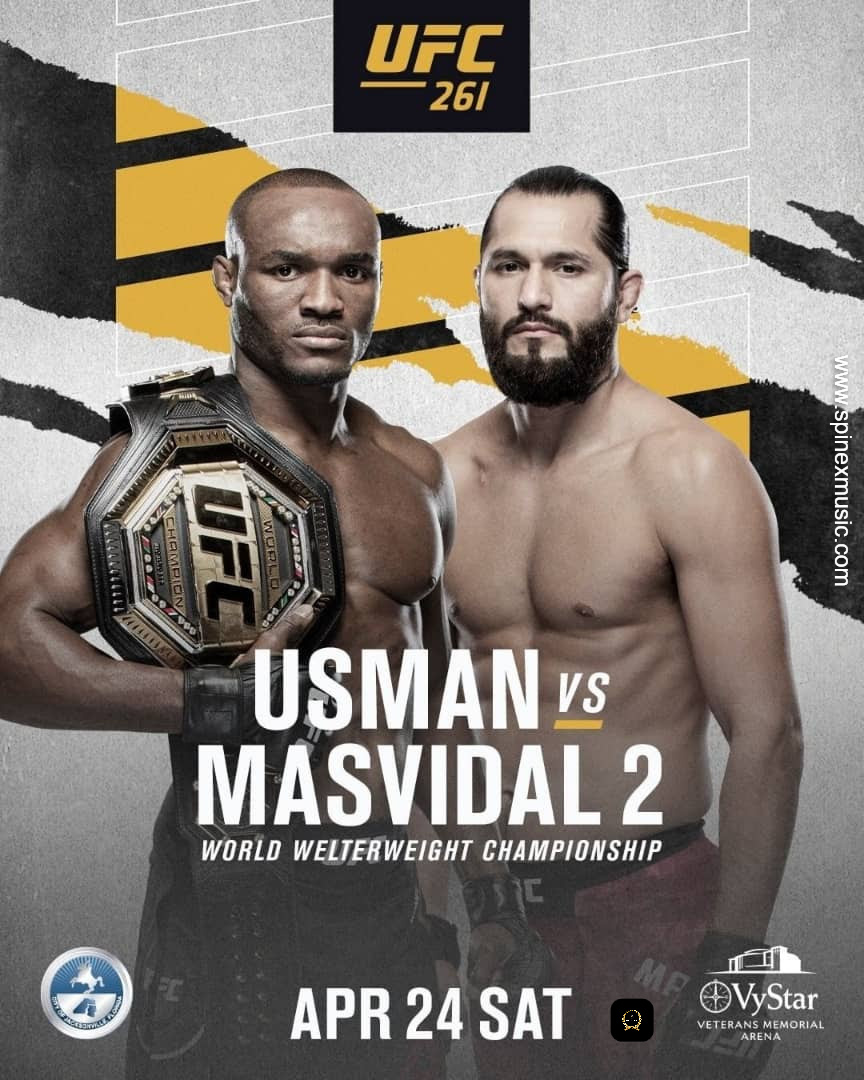 In this UFC 261 title fight which sold out 15,000 tickets in fifteen minutes after the announcement was made, longtime contender, Masvidal is looking for vengeance after being defeated during their first bout in July 2020 and reigning champion Kamaru, is simply looking for another solid clear-cut win.

The 36-year-old Jorge who currently competes in the Ultimate Fighting Championship’s Welterweight division has been competing professionally since 2003 and believes Usman is the same fighter he faced last year. “I just know that he knows that I’m going to have gas for five rounds, and he’s going to have to put up with that insane pace of me trying to just end him from start to finish”; while the Nigerian Nightmare still has a bad taste in his mouth from being unable to get his win over Masvidal the way he wanted, “it wasn’t from what people said or what people thought, it was because of what I thought and what I felt after the fight. I was still able to get the win, but not in the way that I wanted. So my goal for the rematch is simple: I don’t think I broke him in the way I wanted to break him and so that’s really what I’m after.”

With more preparation time on his hands this time, Masvidal is seeking to instigate revenge after tasting defeat to Kamaru Usman last year. The odds however are that the current Welterweight champion has the better record of the two men; having surpassed former champion Georges St-Pierre’s record for the most consecutive welterweight victories, having only lost one fight from 19 bouts in his six-year UFC career to date, whereas Masvidal has tasted defeat 14 times. Furthermore, after the champion came out on top last year, Kamaru ‘The Nigerian Nightmare’ Usman is understandably the fan favourite going into this fight.