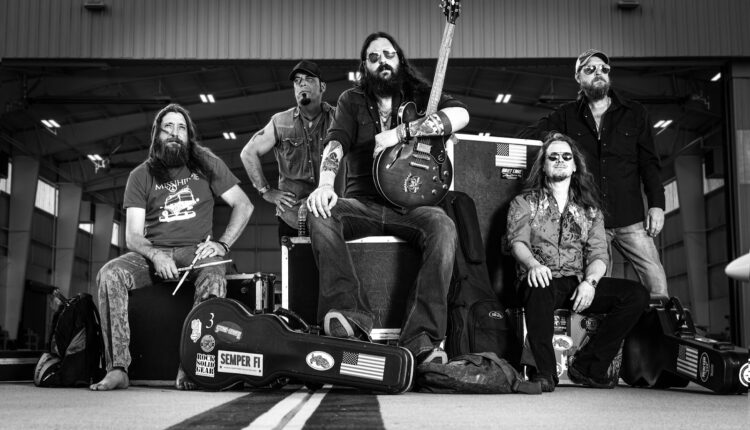 Stone Senate Releases Their Second Single, “Shine”: Stone Senate continues to climb the charts and heat up the rock and country Spotify and Apple Music Playlists, including Apple Music’s New in Country and Country Roads. The Southern Rock band releases “Shine,” from their two-EP release.

This is the second single from the band’s EP, titled “Dawn,” which demonstrates their reflective approach to foreseeing both the dark and light. The band captures a 70’s-influenced version of Lynyrd Skynyrd and The Allman Brothers while maintaining the 80’s modern rock vibe with an unstoppable version of themselves.

The first EP series, called “Dusk,” was released in October of 2021 and is part of a greater vision as Stone Senate will be releasing the second EP, “Dawn,” with five more tracks. The two will form a collaborative listening experience titled “Between the Dark and the Light” later this year.

For guitarist James Edwards, “Shine” is reminiscent of being back home and having the thought of knowing where you’re supposed to be. “‘Shine” originated from a stack of demos I recorded in my home studio in Mississippi while writing for the record,” says James.

Making a strenuous effort year-round as a five-piece band, James adds, “Honestly, the subject matter of the song was inspired by a painting that was in my family Bible — Jacob wrestling with an Angel. I thought about how we sometimes know exactly what we need, but still fight it tooth and nail. It just flowed from there.”

Playing “Shine” live, lead singer Clint Woolsey says, “It’s a rocker, and getting the crowd to sing along to that massive chorus is just natural. Clint adds, “It’s hard to play that one without a bit of a smile on your face.

Clint utilizes his powerful voice as a charismatic lead singer in Nashville’s influential Southern rock band. “The album ‘Between the Dark and the Light’ covers the entire spectrum of music, from the highest of highs to the lowest of lows. This feels like the best album we (Stone Senate) have done and was written by all 5 band members (James Edwards, Paul Zettler, David Zettler, Ted Hennington, and Clinton Woolsey), as well as our buddy and producer, Toby Wright.”

Since 2012, Stone Senate has been continuously growing its fan base through relentless year-round touring. Their soulful vocals and unmistakable stage presence have allowed them to play over 500 shows in the last few years across the country.

A steady stream of concerts is being added by Stone Senate, and they’re excited to continue releasing new music in 2022.