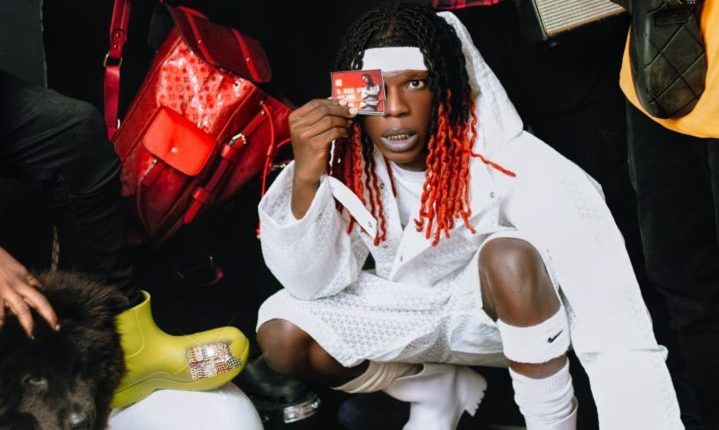 Seyi Vibez Releases Debut Album ‘Billion Dollar Baby’: After basking in the spotlight as one of the emerging voices of street-hop music in Nigeria, Seyi Vibez consolidates his enduring efforts with his just-released debut album dubbed, “Billion Dollar Baby.” Succeeding his earlier works including the widely acclaimed “No Seyi No Vibes EP (NSNV),” Seyi Vibez stretches the depth of his hustler’s anthem narrative with this solid 11-tracker album.

It is easy to see why Seyi Vibez, born Balogun Afolabi Oluwaseyi, has captured the hearts of the ‘streets,’ since his induction into the industry. Within the album, the 27-year-old singer lucidly captures the reality of every young hustler on the streets, borne by his experiences growing up in Ikorodu, a small bustling town North of Lagos, Nigeria’s entertainment capital.

On “Billion Dollar Baby,” Seyi Vibez goes on a pep-giving spree, encouraging every young listener on the need for grooming positive ambitions and on following them through. Seyi Vibez, himself, is a teacher by example; after stepping into the limelight with the release of his 2021 street bop, “God Sent,” he maintained a stealthy momentum as an upcoming artiste, releasing two bodies of work that earned him a good position in the hearts of listeners.

With a fine line-up of songs like “+234,” “Bullion Van,” “Bank of America,” “Saro,” “Gangsta,” “Chance,” and “BD Baby,” Seyi goes on a fine melange of breezy lightweight party bops and introspective pop bangers. In the album, he collectively self-affirms his prosperity, refusing to give up on his dreams or settle for less.

Tapping other mavericks including Mayorkun on the track, “Ten,” and Simi on the track “Darling,” Seyi Vibez amplifies his ‘ghetto gospel’ narrative on this album. Even when he sings about falling in love, which is every hustler’s reality, as he did on the songs “Darling” and “Ife,” he presents his experiences and thoughts in a very relatable and exciting way. He shares similar themes with Seyi Vibez, it’s a clear case of ‘there is something for everyone,’ irrespective of societal class, as his artistry stands out as very introspective and progressive.

Seyi Vibez started pursuing his passion for singing, by making covers of his favorite African songs at the time, before he abandoned a corporate career for a life behind the microphone. His progression within the music scene as a lyrical juggernaut and a skilled vocalist continues to spotlight him among the few emerging singers holding it down for indigenous-language pop music in Nigeria.