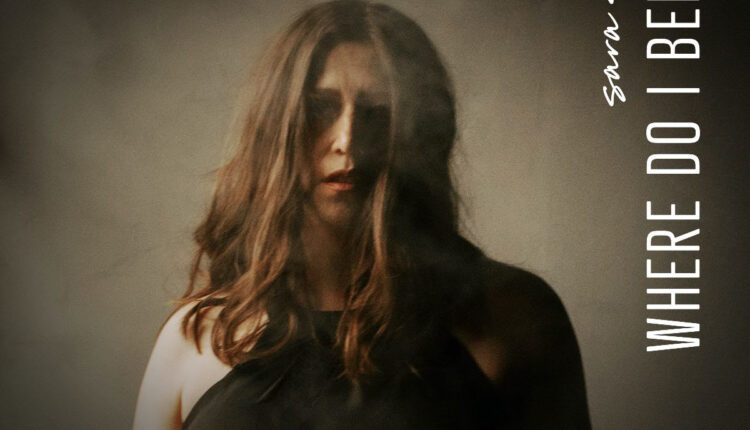 The third track on Sara Syms’ upcoming album The Darkest Light, “Where Do I Belong,” is deeply resonant with all ages, as that is a question we all must grapple with throughout our lives on this planet. This song definitely takes a much more grounded tone compared to the title track, emphasizing how this uncertainty is an inevitability in everyone’s life, but “like the old man and the sea/the phoenix rising from the ashes to be free,” we all will eventually arrive at the place we’re supposed to be, even if it requires something tempestuous like the ocean or a total rebirth.

A steady guitar and Syms’ rich voice open this track, later peppered with gorgeous organ chords that really heighten the song’s impact. Syms is really able to capture that feeling of lying in bed at night, unable to sleep, and wondering what the purpose of all this is. Sometimes we just have to let life happen, and hope that we’re happy wherever we end up.

Syms shares, “The past few years have flipped humanity on its side, inviting us all to evaluate everything. Whether it’s where you live, what you’re doing for work, who your tribe is, or even what you are doing on this planet, it’s an insecurity and vulnerability humans share. We all want to be a part of something greater than ourselves. We all want to belong.”

Sometimes one illuminating journey leads to another. For the visionary songwriter and performer Sara Syms, her own odyssey of self-discovery ignited the creation of her new album, The Darkest Light. Its 10 songs unreel as a spiritual and emotional travelogue with a brilliantly woven soundtrack that ranges from transporting and textural to deeply rooted.

For Syms, the compositions on The Darkest Light, soon to be released, are an echo of her past as well as a step forward. Before becoming a solo artist and recording her Americana-themed Way Back Home and 2013’s Fade To Blue (the latter was nominated for the International Music and Entertainment Awards’ Americana Album of the Year), she fronted the Key Party and Dirty Water — bands that explored the many facets of her river-deep singing, which possesses the flexibility and emotive power of a reed instrument, as well as the allusive qualities of ambient and textural music.But in the wake of Way Back Home, Syms began to address larger questions about her music and herself. She no longer felt the desire to write for the genre – rather than from the heart – and began to find the music business constricting. At the same time, and perhaps in consort, she felt a need to rediscover and reconnect with her own authenticity and identity, and to face her longtime struggle with depression.

Syms recorded the album, her first since 2015’s Way Back Home, at New Orleans’ famed Esplanade Studios, supported by an eclectic crew of Crescent City musicians. The Darkest Light’s journey begins with Syms’ warm, airy voice casting a spell over a hypnotic piano figure and the glide of a steel guitar, soon joined by cello—all inviting the listener to embark on a cosmic sojourn of the heart and spirit. The next song, “Fear and Love,” “is the album’s mantra,” Syms explains. As her voice soars angelically above a bedrock of guitar and pattering drums, the songstress essays the duality of life: the sweet and the sour, the hard and the tender, and, of course, the emotions in the title. “The past two years, in particular, we shared so much struggle through fear, with the pandemic, political polarization, catastrophic unknowns,” she observes. “This song invites people to stop running or numbing out, to acknowledge the challenges—no matter how dire—and to reflect on the love that’s literally on the other side of that, and that we all share in our souls.” It is, indeed, a potent message for the times.

The contrast between light and dark — and Syms’ pursuit of textural and ambient sounds that match her elegant and emotive lyrics — continues in “Shadow Hunters” and recurs through the album to its finale, “Change in the Air,” a reminder of the treasures of life and the overarching power of love. But before The Darkest Light’s search for truth concludes, there are also songs more steeped in the traditional music of New Orleans, like “River of Life” and “The Game,” with their skewed street parade rhythms and playful horns, and the gospel-influenced “Where Do I Belong,” which asks a question central in The Darkest Light’s journey.

Overall, the album, produced by Ari Teitel of the Mardi Gras Indian funk band Cha Wa, reflects the diversity of today’s New Orleans sound, which embraces everything from traditional jazz, soul, gospel, and blues to the contemporary, genre-blending work of Lucinda Williams and the ambient soundscapes of Daniel Lanois. Reflecting on The Darkest Light’s songs, which were written over several years, Syms also cites such other influences as Lana Del Rey, Phoebe Bridgers, Bon Iver, Ray LaMontagne, and Agnes Obel.