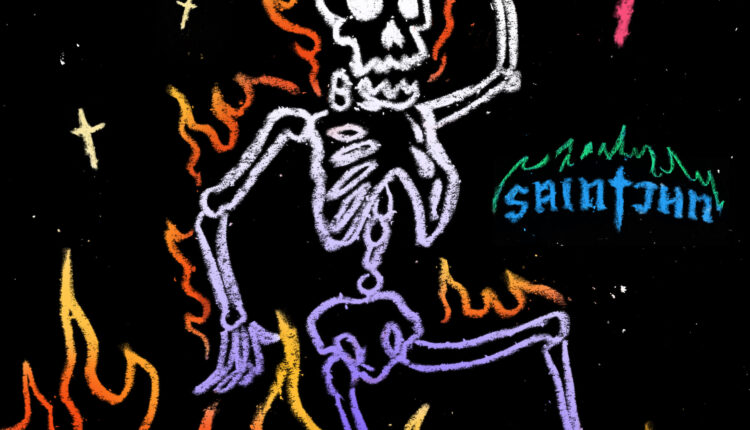 Two-time Grammy winner SAINt JHN is a Brooklyn-Guyanese native musician, songwriter, model, serial-entrepreneur, and a creative director/designer for his clothing brand “NOt a CULt.” Since breaking into the music industry as an artist, he has collaborated with talents like Lenny Kravitz, Beyoncé, and Lil Baby to name a few. SAINt received several awards for collaborating with Beyoncé on “Brown Skin Girl,” including a Soul Train Music Award (Ashford & Simpson) in 2019, a Soul Train Music Award (Video of the Year) in 2020, a NAACP Image Award (Outstanding Duo, Group or Collaboration and Outstanding Music Video/Visual Album) in both 2020 and 2021, a BET HER Award in 2020, an MTV Music Award (Best Cinematography) in 2021, and a Grammy Award (Best Music Video) in 2021. For “Roses – Imanbek Remix,” he has accumulated a Grammy Award (Best Remixed Recording) in 2021, a Billboard Award (Best Dance Record) in 2021, and an iHeartRadio Music Award (Dance Song of the Year) in 2021. He was also nominated for Album of the Year at the 2022 Grammy Awards for his participation on Kanye West’s album Donda. Outside of the music world, SAINt JHN graces billboards globally for brands like HUGO Boss and JD Sports, and he has recently launched his edible cannabis collection with KIVA. This year, SAINt JHN has many more projects to share with his fans, ranging from outstanding new music to exciting new products.

Having miraculously broken all possible music charts with his multi-platinum Roses Remix, Imanbek (born Imanbek Zeikenov) hails from Kazakhstan province town Aksu. Despite his young age of 20, he has already changed the history of EDM. He’s the first Eastern European musician to enter the top 5 of US Billboard Hot 100 peaking at #4. SAINt JHN’s single ‘Roses’ remixed by Imanbek commenced as an unofficial upload to YouTube before he was signed by label Effective Records in 2019. Now Imanbek won a Grammy Award in the ‘Best Remixed Recording’ category