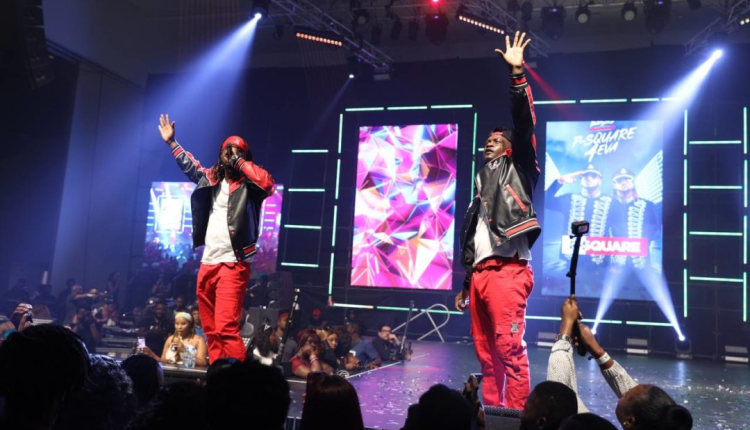 P-Square Thrills Fans With Mind-Blowing Performance in Lagos: The award-winning duo gave a mind-blowing performance for their fans in Lagos.

Nigerian ace singers, dancers, and performers Peter and Paul Okoye, popularly known as P-Square, gave a thrilling performance for their Lagos fans, and we have all the highlights.

Tagged “P-Square 4Eva,” the event, which was organized by Buckwyld ‘n’ Breathless, happened on the 20th of November 2022 at the Eko Convention Centre.

Having kicked off their “Reunion World Tour” on August 5, 2022, which will see them perform in countries like Equatorial Guinea, the United States of America, the United Kingdom, the United Arab Emirates, and other countries, the Lagos sow was part of the moving train.

As expected, the brothers gave the fans a stellar performance that was laced with a nostalgia drug that made the fans scream for more. To spice up the show, veterans like Cobhams Asuquo, Bracket, 2baba (2-Face Idibia), and Don Jazzy also graced the stage.