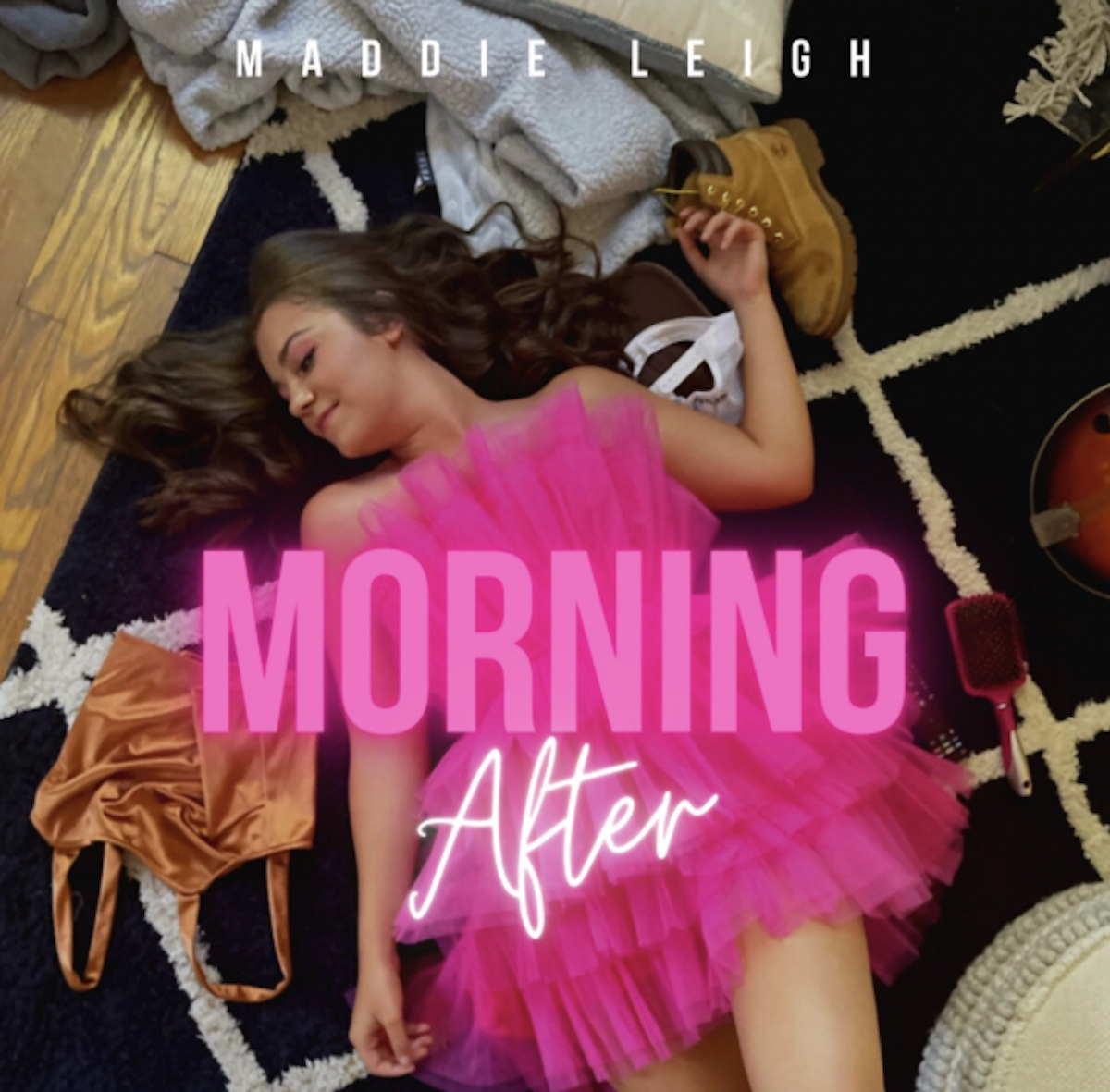 Country music songstress Maddie Leigh recently released her new single “Morning After.” You can listen to the song (co-written with Elliot Prather and produced by Bill McDermott) HERE!

With sassy lyrics like can’t afford to catch no butterflies, been hurt one, two, three, many times, Maddie Leigh’s “Morning After” chronicles a modern-day love story that listeners are sure to connect with.

“I hope my music helps people feel understood when they feel like nobody else understands them,” Maddie explains. “I hope it lifts them up when they are having a bad day, I hope it brings them even more joy on their best day. Music can change completely change the outlook on your day so my overall goal is to just help brighten every person who listens to my music’s day in whatever way they need it.”

When speaking about the new single, Music City Melodies stated: “Maddie Leigh’s rich tone is velvety smooth like butter and the lyrics in Morning After are very relatable. The melody had us tapping our feet through the whole song. We haven’t heard an artist with such raw talent like hers in a while and we predict Maddie Leigh will be touring with some big country superstars in the near future!”

Growing up in the small town of Temecula, CA, Maddie Leigh was raised with a strong foundation of family and faith. She and her two younger sisters grew up surrounded by horses, cats and dogs, cultivating her love for animals and the outdoors. Some of her fondest memories include catching fireflies, going camping and building bonfires.

Maddie Leigh discovered her love for music at a young age. As a child, Maddie loved to listen to country classics like George Strait, Brooks & Dunn, Trisha Yearwood and Faith Hill – all of which helped mold her into the musician she is today. She began singing in the church choir when she was just six years old. By the time she was nine, she was already taking voice lessons and competing in singing competitions. “The first time I got on stage in front of a group of people, I knew this was what I wanted to do for the rest of my life.”

Maddie’s large vocal range and unique sound set her apart from the crowd. Between 2016 and 2019, she released five original songs and two covers. She was named “Female Entertainer of the Year” in 2016 by NACMAI (North American Country Music Association International) and took second place for “Most Promising New Country Singer” and “Video of the Year (Wishing).” That same year, she was awarded “Female Entertainer of the Year,” “Most Promising New Country Vocalist,” “Future Star Entertainer,” and “Future Star Vocalist” by the West Coast Country Music Association.

Currently a senior at Belmont University in Nashville, TN, Maddie is studying songwriting and music business. She has opened for national acts, including Jason Aldean and Tucker Beathard (25th Annual Oregon Jamboree), as well as Honey Country. She hopes to one day perform at both the Grand Ole Opry and Ryman Auditorium, write a hit song for a major recording artist and record a duet with Brett Eldredge.