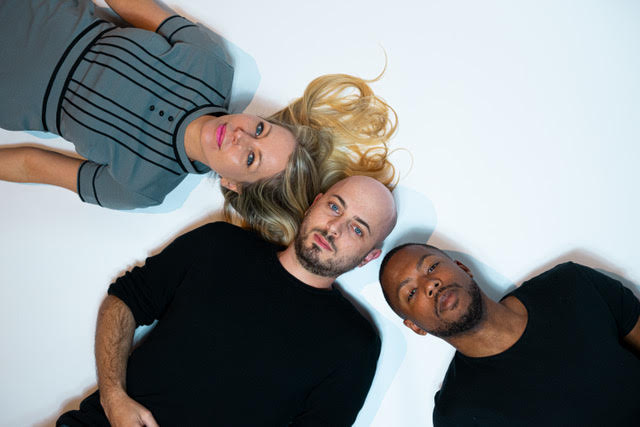 Featuring singer-songwriter Thorunn Egilsdottir from the acclaimed band WHEN ‘AIRY MET FAIRY ‘Breaking Bones’ seduces with its sweet, carefree allure, as Thorunn’s  dreamy vocals wrap around the track’s tectonic beats to create an atmospheric Nordic soundscape.  At first it feels like a gentle heartbreak ditty, until you dig into the track’s gritty lyrics to uncover a rather disturbing narrative which describes the terrible consequences that a man has to endure after breaking a woman’s heart. It’s an enticing taste of the upcoming EP.

“We like the contrast between sound and meaning and we wanted to reflect that feeling in our music video” says the band. Frenchman Raphael Kindig was on board to create the accompanying music video. Dissecting the storyline in his own words: “Two actors depict how power has shifted over to the woman. She’s broken-hearted but has no empathy for her former lover whose head is kept in a cheese bell. Whatever he did, it must have been bad… ‘Where is the love now?’”.

Quantum Dot was formed in Brussels in 2014 by Lionel Jeusette and Patrick Ribeiro. Experimenting with real instruments (bass, guitar, piano, and violin) which they then digitally rework and mix with electronic instruments, their style is characterized by the melding of pop, 1980 style synths and a more contemporary industrial sound influenced by the likes of Paul Kalkbrenner and Sohn. They released their first EP in 2015 and debut album “Deschooling Society” in 2016. Quantum Dot have built their following by performing across Europe including sell out shows in Luxembourg, Belgium, France and Germany.

Little Archer Worship feat. Christin Hart – ‘Until You break the…