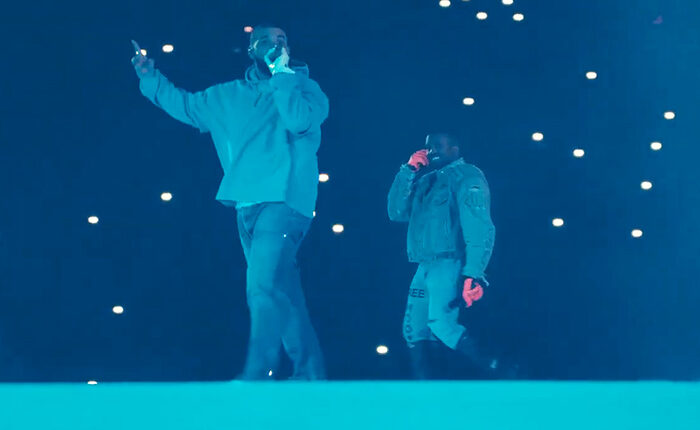 Kanye West And Drake Reunite At Historic L.A. Concert: Kanye West, and Drake have officially reunited after their long standing beef came to end. Two of the most famous stars of pop music were joined by a sold-out crowd of 70,000 people during an epic concert in support of the gang leader who is in prison Larry Hoover at the Los Angeles Memorial Coliseum on Thursday night (Dec. 9) the concert was live streamed via Amazon Prime Video and Twitch as well as at some IMAX theaters.

The two-hour epic event estimated to cost $10 million, started in the form of the Sunday Service Choir before Ye and Drake joined forces like gladiators from the steps leading to the Coliseum and made their way to the massive concrete stage that is located in the middle the stadium.

Ye was dressed with Balenciaga’s “Free Hoover” merchandise, and Drake was sporting an icy blue “Free the Man Dem” sweatshirt and gloves.