Music: Kan Wakan – No Sweat Off My Back 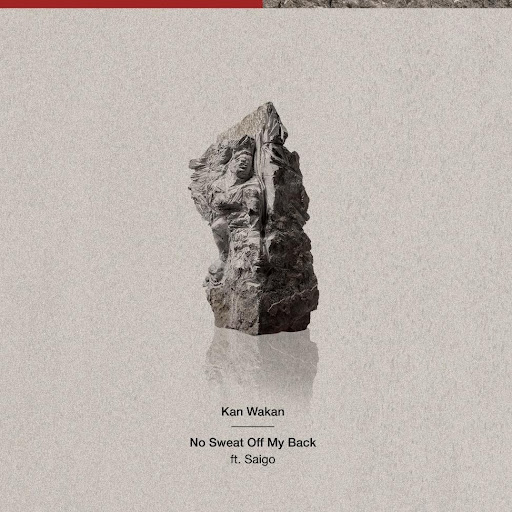 Gueorgui Linev known professionally as Kan Wakan, is a Bulgarian-born, Los Angeles and UK- based electronic music producer, composer, songwriter, and multi-instrumentalist. From his elegantly ethereal debut album, Moving On (which hit #37 on the Billboard Heatseekers Album Chart), to the sublimely angular, Phantasmagoria Volume I (which spread like wildfire in the world of TV placements), Kan Wakan explores “the borders of trip-hop, acoustic balladry, and psychedelia” (The Fader), tempting the listener to abandon the bottomless scroll for a delicate, charming slow burn.

“We live in societies that are decadent but decaying. We retreat to a digital hive that feels anonymous, yet closely monitored. In an age of automation, we still define our identities through work.” “No Sweat” is a meditation, an acceptance, a lament of weary anxiety. Who decides where this school of fish is swimming, and aren’t we exhausted from trying to swim there?”

Having already showcased two singles from his new album, ‘Oh Mother’ and ‘Shining Bright Truth,’ both advancing the futuristic yet grounding narrative and both gaining over 160,000 streams on Spotify alone. The final track to be shared, ‘No Sweat Off My Back’, highlights the deeply personal vocals of SAÍGO, displaying warm and inspired clarity.

Kan Wakan is now recognized as one of L.A.’s most forward-thinking composers since arriving on the scene with the release of his 2014 LP, Moving On. Since then, he was named as Yahoo! “Best New Artists” and L.A. Weekly also named him in their “10 Best Young L.A. Songwriters”. His impressive career has flourished with collaborations alongside Moses Sumney, Thundercat and most recently he caught the attention of rapper Baby Keem.

Listen To No Sweat Off My Back Blow

No Sweat Off My Back

Music: GVosti – I Got You