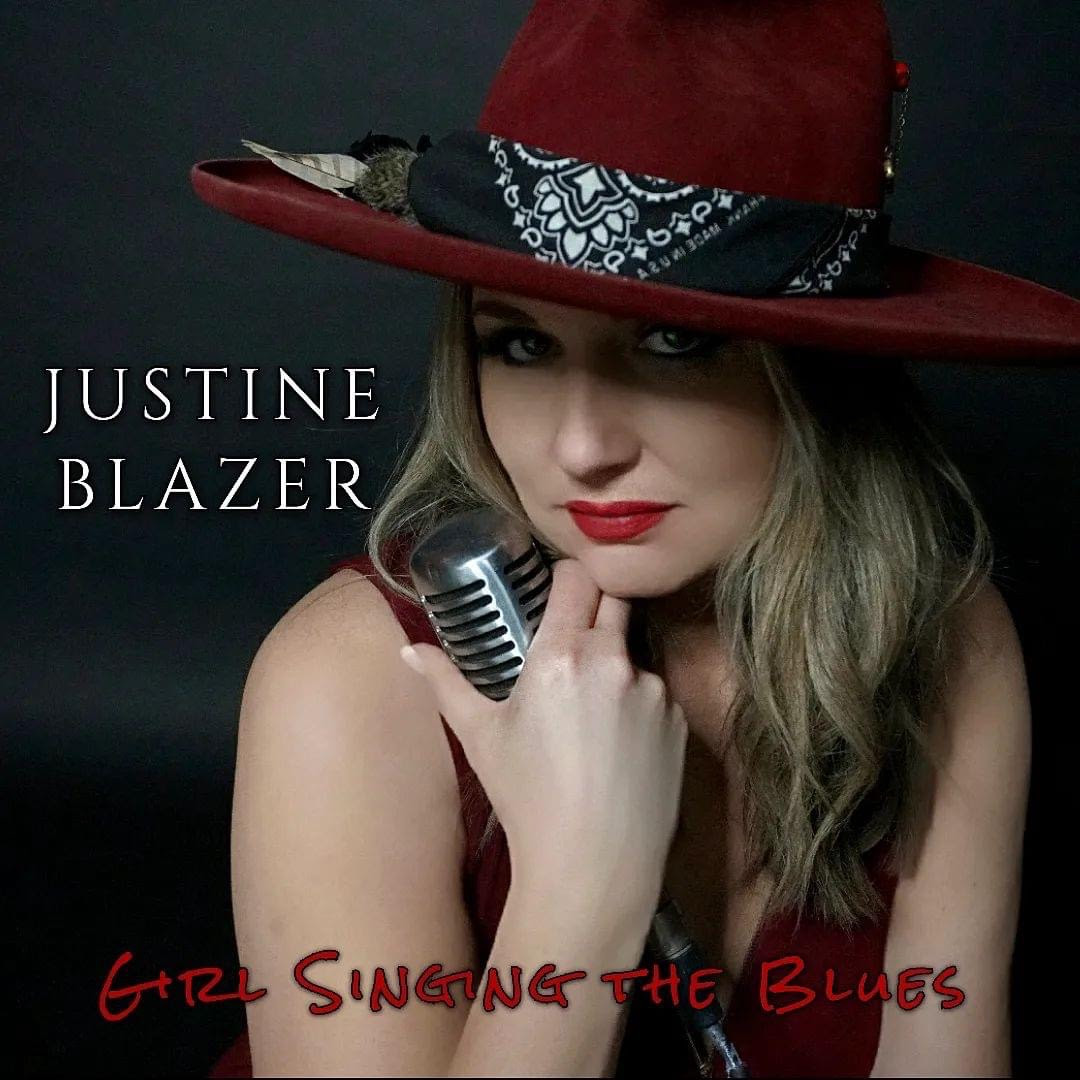 Multi-genre singer/songwriter, producer, recording artist and proud member of the Recording Academy (and a Grammy®️ Voter since 2020), Justine Blazer, recently announced the upcoming release of her debut blues album “Girl Singing the Blues.”

“I’m so excited to be releasing my debut blues album,” Justine exclaims. “Girl Singing the Blues is my eighth studio album and I feel like this is some of my best work to date. Being originally from Detroit, I grew up around the blues, R&B and Motown. My parents listened to all the greats – Aretha Franklin, Martha Reeves, MitchRyder, The Temptations, Etta James and more! I actually started off in a blues band in Detroit with my brother in law, blues guitarist, Rex Mason. We actually won the Detroit Blues Challenge in the mid to late 2000s, but I ended up singing country music instead – which I have always loved, too!”

I produced, mixed and mastered this project in its entirety. I had the privilege to write with some amazing writers including Grammy nominated composer, Armand Hutton, Shay Watson, Claudette King, Tom Bender, Corey Lee Barker and Lou Molitch.  Also this project includes some of the best musicians in Nashville including songs with Miles McPherson, Smith Curry, Tim Marks, Jeff Bradshaw, Brian Jones, Alan Baker, Nick Buda, Lou Molitch and more!

“Girl Singing the Blues” includes Justine’s current single (and debut blues release), “Bad Love” (featured in Billboard Magazine), which is now played on radio worldwide. The official music video already has over 12,000 views and can be seen HERE.

The sophomore single,” Never Get Away,” will be released to radio on September 16, 2022. The upbeat, Americana/blues track features Natalie Jean, Kitt Wakeley and Kerry Adams, and describes the love/hate relationship artists and musicians have with working in the music industry.

“Going through the pandemic, I realized that time is precious,” Justine explains. “I can’t wait for everyone to hear the project that has been over a decade in the making!”

Nashville-based producer, singer, songwriter, composer and recording artist Justine Blazer has been taking the musical world by storm – earning seven #1 singles on various independent charts. Her unique style of edgy country/pop/rock is infused with a hint of Detroit soul and modern vibes. She is a member of The Recording Academy/GRAMMYs, Country Music Association and Academy of Country Music. Having opened for the likes of Jason Aldean, Justin Moore, Lee Brice, Kathy Mattea, Regis Philbin, Lonestar and more, Justine has also received endorsements from Luna Guitars, Dean Guitars, Ram Trucks, Chrysler Incorporated and more. Justine Blazer is a proud member of the Recording Academy and GRAMMYs voter.

Justine received nine nominations for this year’s Josie Music Awards, which will take place on October 23, 2022 at the Grand Ole Opry in Nashville, TN