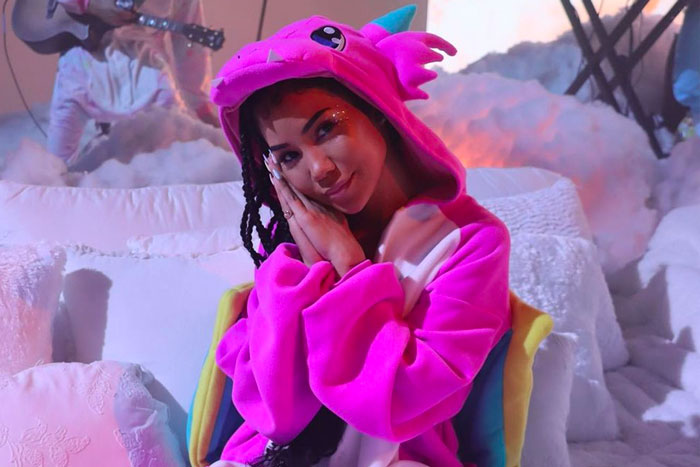 Jhené Aiko returned to late night for her first TV performance of 2021.During her appearance on “The Late Late Show with James Corden” on Thursday (Jan. 28), the R&B songstress performed “Born Tired” off her Grammy-nominated album Chilombo.

Wearing a pink dragon onesie, she began the heavenly performance in a pile of pillows resembling clouds, while backed by her band including a harpist—all dressed in onesies. She showcased her angelic vocals while playing sound bowls before resting her weary heart.

The 32-year-old singer also discussed her quarantine life at home with her three cats, 12-year-old daughter, and Netflix. Her platinum album Chilombo is nominated for three Grammys at the 63rd annual awards including Album of the Year. She was on a road trip in Carmel, Calif. when she heard the exciting news at the same time she found out that her uncle had passed away from COVID.