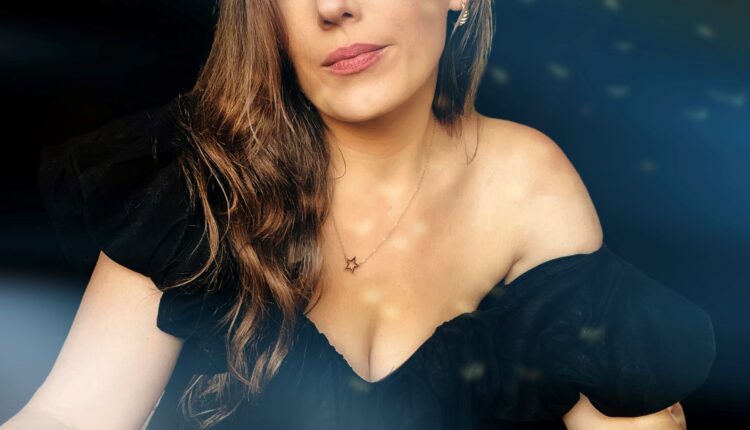 9 tracks fittingly make up the complete album, including a brand new offering ‘God Knows’. The deeply personal track encompasses the heartfelt songwriting that the album is all about.

“It’s about the time in my life when I had to finally stop drinking. It felt like a relationship was ending, one I’d had from the age of 14. I thought I couldn’t live without it and felt heartbroken.” – Ellen shares the meaning behind ‘God Knows’

The album will be followed by the release of a stunning new music video for ‘God Knows’, which expresses the themes of pain in the song with visuals of a captivating ballerina.

The album was recorded at Hell Fire Studios, Dublin and produced by Alex Borwick, head engineer at the famed Grouse Lodge studios in Ireland.

Born in Dublin, the youngest of nine, in a house where the one who shouted loudest ate most, Ellen learned early how to sing for her supper. Dragged out of bed, dusted down, slung into a polyester frock, her early forays into musical performance consisted of pitch perfect renditions of Any Dream Will Do to family friends. But as success followed the clan, friends turned to ambassadors, heads of state, Hollywood actors and other visiting dignitaries passing through. Aged 9, she woke her father and told him she was going to be a famous singer and would buy him a racehorse. He told her to go back to bed. At 16 she made the live finals of Ireland’s ‘You’re a Star’ but lost her voice. Her early adult life was spent serenading drunk punters in a city buried in snow, before finally, she fell through a drunken crevasse. After reaching bottom, she started to climb back out and rediscover her voice.

Studying in Brighton at BIMM (British and Irish Modern Music Institute), she passed with distinction and was singled out as one to watch. For a sprinkling of years, she fronted a nine-piece until she realised she’d re-created her family. In perfect irony she landed a role in a low-budget Indie film about a young singer who comes to Brighton to find her voice. She penned the title song, won best actor at festivals in Milan and Los Angeles (Women’s Independent) and was told to pursue acting. She didn’t. Her band split up. Instead, she came home, focussed on dispelling her demons and blanketed herself in a hand-me-down, sale item of domestic obscurity, popping her head above the covers now and again to sing a song here, do a collaboration there.

Finally, nine years into recovery, she began to write her own music. And nine songs later, Ellen Arthur Blyth and ‘Nine’ were born. Her first studio album, ‘Nine’ is an infusion of pop, indie and jazz.