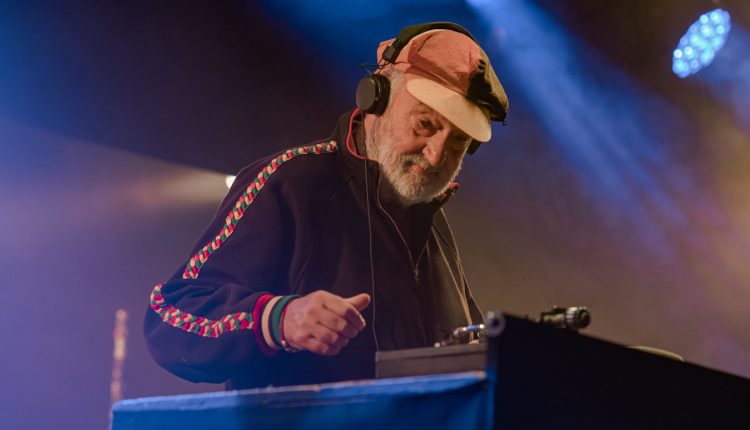 Reggae DJ Earl Gateshead has launched a new monthly podmix ‘The Huge Reggae Show’ on SoundCloud. The series are being released monthly with the twelfth instalment having launched on Monday, 12th of September 2022. The podcast, which Gateshead refers to as a ‘Podmix’, was created with the idea to spread knowledge of Reggae as a way of giving people access to the music and to explain the details of the music in an entertaining and non-judgemental way.

Already a well-established name in the UK Reggae Music scene, Earl Gateshead’s career began in the late 70s, when he built his own Sound System, one of the first built by a European. He installed it at the world famous Dive Bar, in Soho, London where he had a 23-year weekly residency. Alongside this, Earl was the co-founder and selector for Trojan Sound System, the Sound System of Trojan Records, the world’s leading and best loved Reggae label, and one he toured with for 14 years. Additionally, mysterious graffiti artist Banksy asked Earl to DJ the first three exhibitions of his work. To this day, Earl is the only DJ that Banksy has ever worked with.

Following his residency at Dive Bar, Earl began to organise and perform at a series of events called “Reggae Nights” at seminal London club “Plastic People.” This series of concerts received worldwide attention with legendary  performances from Alton Ellis, Dennis Alcapone, Sugar Minott to name a few. The success of his “Reggae Nights” series boosted Earl’s career, making him one of the must-see Reggae DJs in the world. Subsequently, he was invited to lecture on Reggae DJing at the prestigious Red Bull Music Academy.

The ‘Podmix’ is created to bring out a listener’s own spirituality which Gateshead believes is lacking in more Western cultures and he aims to do this through Reggae music, as he believes it is rooted in human spirituality. Through ‘The Huge Reggae Show’ Gateshead states: “My intention is to share my own feelings about Reggae Music, in the hope that others may feel it too. The music here is entirely positive. It’s all about helping people who struggle in life. To provide comfort and support to those that find it difficult to live in our current society. That could be anybody of any colour, race or religion.”

Earl Gateshead had a series of shows this Summer, with appearances at Boomtown Fair, Outlook and Lindisfarne. Follow his social media to keep up to date with the tour and podmix.