Dixie Releases Debut Album “A Letter To Me” 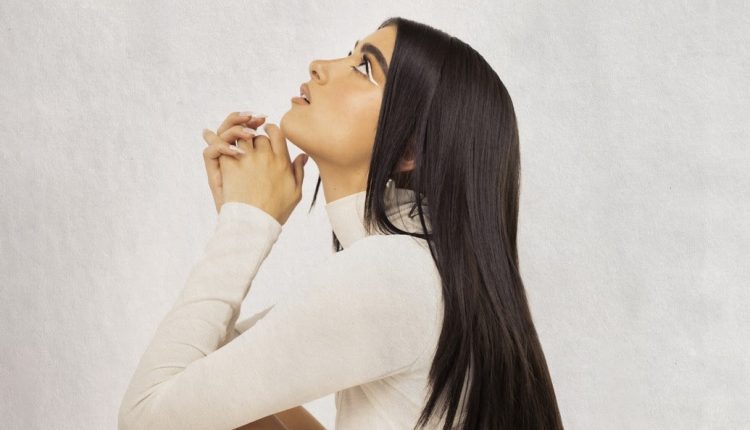 Dixie Releases Debut Album “A Letter To Me”: Breakout artist, singer-songwriter, Dixie (D’Amelio) releases her highly anticipated debut album, a letter to me today via HITCO.  Listen here. The release comes two years after Dixie released her single “Be Happy” independently, which is now a RIAA-Certified Gold single.

The HITCO recording artist, with over 625 million streams to date, co-wrote select songs on the album alongside executive producers, BTS hitmakers Jenna Andrews and Stephen Kirk. a letter to me, which features the best sounds Dixie has released yet, has 15 tracks, including previous releases “Wild” and her debut single “Be Happy”. (Full track list below).

a letter to me also showcases Dixie’s development musically, featuring new stylistic musical choices and more vocal range than ever – capturing Dixie’s progression from one of the biggest social media stars to a serious recording artist and singer-songwriter. Dixie said of the album, “This is deeply personal to me because it not only shows my growth professionally and musically, but I really wanted it to represent past and present experiences that haven’t been the easiest to overcome for me. I’m excited for fans and listeners to hear it because I think they’ll all be able to find ways to connect to the songs and the lyrics.”

Dixie also releases her most artistic visual to date for the title track “a letter to me.” In the video, it shows different people (who represent Dixie in her own mind) pulling her in different directions, demonstrating different emotions from anger, stress, to comfort and calmness. Throughout the video, Dixie tries to remain as stoic as possible, but yet seems to be breaking in between.

Lyric videos for each record on the album are now also available, here.

Starting mid-June, Dixie will tour as the special guest on select dates on Big Time Rush’s “Forever Tour” Summer 2022. She will perform on stage at Madison Square Garden for the second time on June 30th. For more tour information, please visit bigtimerushofficial.com.

In the past month, Dixie is the cover star for V MAGAZINE, TMRW MAG, & FLAUNT MAGAZINE


ABOUT DIXIE D’AMELIO:
Multifaceted in her works, Dixie, is a musician with over 625+ Million streams to date, with a social media following of over 100M, a successful TV show on Hulu (The D’Amelio family, renewed for Season 2), her own clothing brand with Hollister, Social Tourist and who has brand partnerships with Puma, Valentino, Burberry, and more.

Dixie launched her music career in 2020 with her first single, “Be Happy”, and within a week landed on the US Top 40 and Billboard’s Top Triller U.S. Chart and has over 300 million streams to date. In 2021, Dixie released “FUCKBOY” which crowned her as the first artist to land 3 #1’s on Billboard’s Top Triller U.S. Chart and embarked on her first tour as she joined iHeart Radio’s Jingle Ball at all 10 stops. Dixie has been awarded Billboard Chartbreaker in late 2020 and most recently was awarded Favorite Social Media Star at the 2022 Kids’ Choice Awards.

In the fashion world, Dixie attended the 2021 MET gala with Valentino and has been featured in fashion spreads with Harper’s Bazaar, PAPER, V Magazine, Perfect Magazine, Flaunt, HighSnobiety, and many more. She has had campaigns with Valentino, Ralph Lauren, Burberry, PUMA and has collaborated with brands such as Chanel and Versace.

Dixie is one of the top 10 most followed creators on TikTok and was named one of YouTube’s Top 10 Breakout Creators of 2020 with one of the fastest growing channels globally. Her entrepreneurship combined with her influence on social media, has earned her coveted spots on Forbes 30 Under 30 and AdWeek’s Young Influentials.