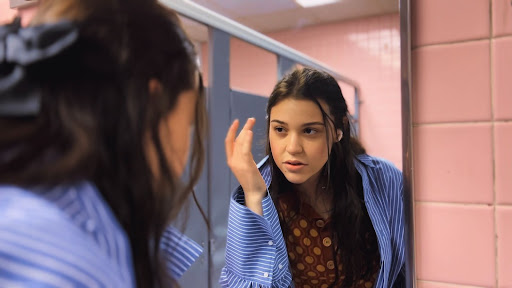 “Stereo girl is a fun, house-influenced beat about how sometimes I spend too much of my time wondering what I’m missing out on. I feel like many people my age can relate to this. I used to wait around for other people to do things whether it’s going to eat or to the store, I couldn’t just do it by myself. However, I slowly realized it’s okay to be by yourself. It sounds so cheesy, but it’s true; if you don’t like being alone with yourself, it can make you too dependent on others. When I hear this song, it reminds me to enjoy my own company. Appreciating independence is a common theme for Ahc in 2022, as my last release in January ’TAXICAB’ has the similar theme of taking control of your own life. I love Stereo girl for its easy-going but energetic vibe that gets you dancing and appreciating your own independence.” – Ahc

Ahc takes inspiration from iconic producer SOPHIE, DPR Live, Charli XCX, ROSALÍA, and GroovyRoom and incorporates her love for hyperpop and Korean hip hop across her releases. As an emerging and independent talent, she has released over 15 singles and official music videos each month since making her debut in 2020. This multifaceted talent is not only a producer, vocalist, rapper and videographer but an artist that is not to be missed throughout this year.