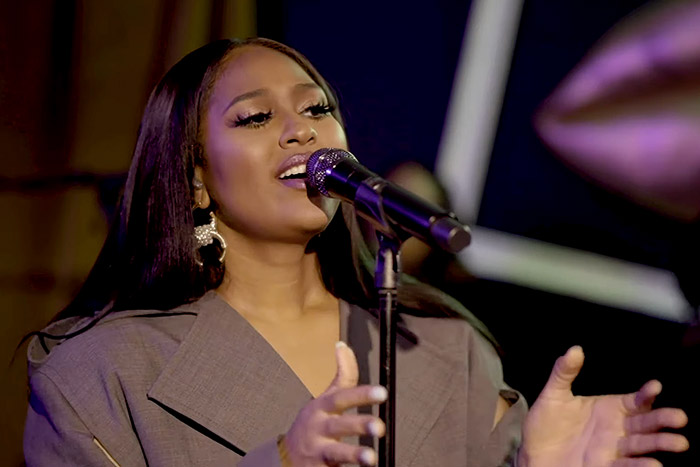 Hot off the release of Heaux Tales, Jazmine Sullivan celebrated with a performance on NPR’s Tiny Desk (Home) Concert.

Accompanied by her band and background vocalists, the Philly songstress put her powerful pipes on display while performing a stripped-down selection of songs off the conceptual project. Wearing a trench coat, she opened her 20-minute set with “Bodies (Intro)” before delivering “The Other Side” and “Lost One.”

She also took it back to 2015’s Reality Show with her fan favorite “Let It Burn.” She capped it off with “Girl Like Me,” including a surprise appearance from H.E.R.

“This last song we’re gonna do with one of my favorite artists. Her name is H.E.R.,” said Jazmine while introducing the latter. “I’m so excited to present this song to you guys.”