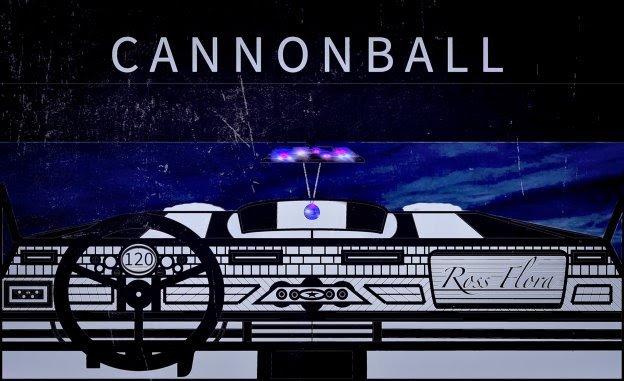 Ross Flora Debuts “Cannonball”.Nashville-based musician, Ross Flora releases his new single, “Cannonball.” As a producer, songwriter, and performer, Ross’ passion is to truly connect with the audience and move them from one state of mind to another as a journey.

As a seasoned, innovative singer and soulful vocalist, Ross’ sound resonates with the golden age of rock and roll and connects with a Southern flare. “Cannonball” crafts bold and emotional lyrics in a way that speaks to listeners. Throughout Ross’ life, music has always had an impact on him as he was surrounded by strong influences in both R&B and bluegrass. From listening to the Allman Brothers, Frank Sinatra, Stevie Wonder, and Led Zeppelin growing up, “Cannonball” emulates Southern Rock through his guitar riffs and is steeped in soul and blues throughout every inch of his style.

Ross says, “Music is therapy. It’s the oldest language on earth. It speaks to us in ways we don’t even recognize.” His rural roots trace back to where he came of age in the Blue Ridge Mountains of Virginia, where he was connected and surrounded by influential musicians.

Throughout Ross’ career, he has performed as a lead guitarist and vocalist with the Johnny T band, opening for Love and Theft, and was also the lead guitarist and vocalist with Smoke n’ Guns, opening for Blackberry Smoke and Dustin Lynch. Not afraid to lose it all, Ross Flora continues to make waves in Nashville as a solo artist, having performed over 3,500 shows all while also writing and producing his own music. “I try to create a journey that leaves the listener in a different place than they were before they heard it,” says Ross.

Ross has played at famous venues around Music City, including The Bluebird Cafe, and continues to play weekly at Cerveza Jacks and Luke’s 32 Bridge downtown. Rock is Southern at heart for the singer-songwriter as he releases his first single “Cannonball” on Friday, April 8th.

Mike Esser is the producer and engineer at Sundog Recording Studio. “‘Cannonball’ is a breath of fresh air. It reminds me of my favorite rock and roll songs. Ross’s voice delivers that punch and grit. An amazing representation of what we can expect from him in the future! ”

“Cannonball is a song I want to hear while I’m barreling down a country road on the back of a Harley. I love the mix of 90s influences (Stone Temple, Soundgarden) mixed with Ross’ very distinctive voice that soars through the speakers in this track. Go Ross! Can’t wait to hear more.”

“The tension and drive of ‘Cannonball’ honors country music roots while aggressively pulling us forward to what we can expect tomorrow. This song is what you get when an A-List player, who has supported so many others with ‘just the right lick,” sets out to meet the current generation of country and southern rock fans right where they want to be! “ -Skip Brown (Producer/Engineer at Final Track Studio and Producer for Festival in the Park)

Ross Flora is a seasoned, multifaceted singer and musician out of the Blue Ridge Mountains of Virginia. Growing up just south of Roanoke, he was surrounded by strong influences in both R&B and Bluegrass. When asked what his first musical memories were, he said, “My dad would stand me up on the back of a church pew and teach me harmony parts with the congregation.” When Ross was 12, his dad came home to find him playing along to a Van Halen CD and went to sign him up for guitar lessons that day. By his teenage years, Ross began performing at various venues and festivals throughout the South Atlantic.

At the age of 19, he started playing guitar and singing with “The Kings” in Roanoke, Virginia. In 2012, Ross moved from the family farm to pursue a career in Nashville, Tennessee. Once in Nashville, he was able to build a strong audience base as a solo artist and began touring full-time as a lead guitarist and vocalist, performing with acts such as “Johnny T” Band and “Smoke n’ Guns” around the nation. Ross has performed over 3,500 shows since moving to Nashville, all while writing and producing his own music.

Ross’ songs emulate the tasteful guitar parts and bold emotional lyrics of the southern rock genre. His sound reflects his lifelong influences, including Gregg Allman, Duane Allman, Chris Cornell, and Ian Thornley. As an English major, he utilizes the themes of all his favorite authors, including Dickinson, Thoreau, and Whitman, in his musical writing. Ross’ music shares stories from his rural roots to life on the road.