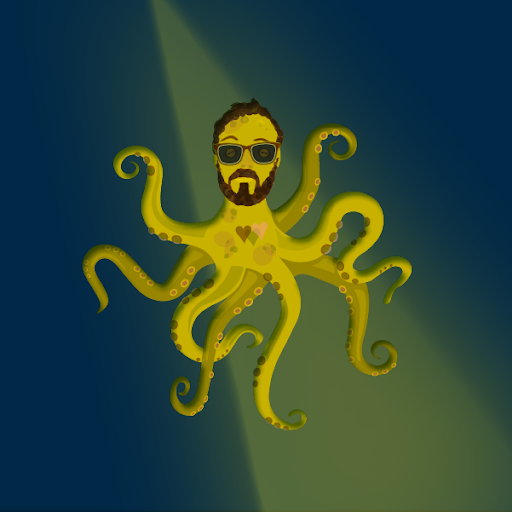 Enigmatic Musician Ogtopus Presents Dreamy Psych-Pop Track ‘GoneBro’: Ogtopus is a musician and producer based in Cologne, Germany. The elusive musician has a DIY-attitude to his creations, writing all his own lyrics and music which he records and produces himself. With elements of funk, indie, artrock and trip-hop in his sound, Ogtopus combines a melting pot of genres to create his unique and otherworldly offerings. Following on from his latest release ‘Rockstar’, Ogtopus now returns with his dreamy new single ‘GoneBro’. The track features an easygoing vocal line that seamlessly floats across and gentle rhythm, warm synths and psychedelic-tinged guitars.

“This song is about a faded friendship. We’ve all experienced that. You have a good friend, maybe the best, and then life gets busier or you drift in different directions (geographically or mentally)… One day you turn back and realize that friendship is gone and it will never be as before again.” Ogtopus sheds light on the meaning behind the track.

To achieve the perfect percussion on the track, Ogtopus joined forces with acclaimed percussionist Rhani Krija, who has recorded with the likes of Sting.

The true identity of the enigmatic being Ogtopus is unknown, however, we know that music has always been a big part of his life. He started playing piano at age of 8, guitar at age of 14 and has been adding various other instruments in the years to come. Being a cosmopolitan creature – he has lived in Germany, former Yugoslavia, Norway, Portugal and the UK – he has learned to selectively suck in the good, the bad and the inspirational that surrounds him.

Capable of changing shapes and colors, highly adaptable to its current environment he is constantly observing and absorbing its surroundings with all senses which have merged into a unique mix which influences his music and lyrics. His roots are in the ocean preside, riding the tides and the currents, he moves with the liquid space and the rhythms that power it.

Ogtopus is made up of 3 hearts that beat for artrock, indie and funk, 8 arms that play 4 instruments and 9 brains that allow him to switch between moods, rhythms and styles.